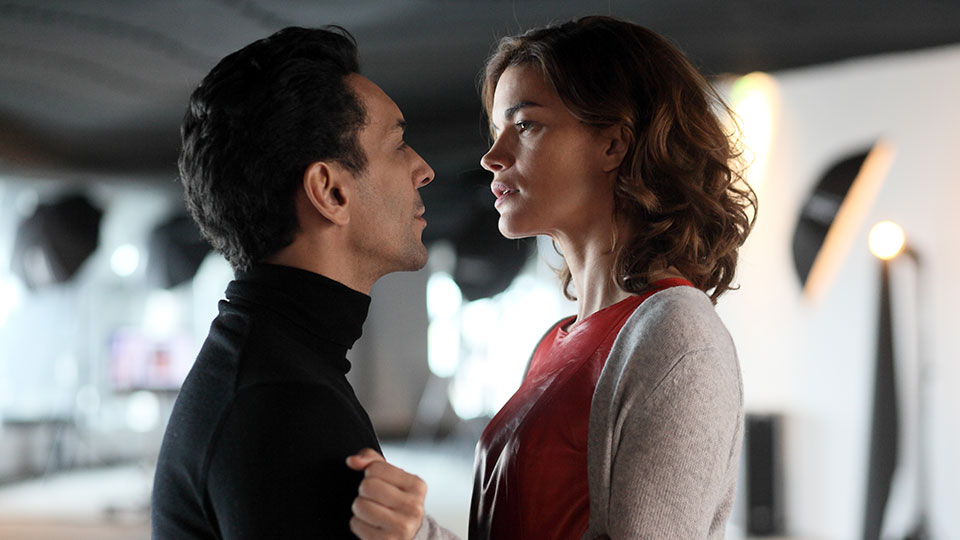 The world of orchestras and serious music performers isn’t one that is regularly tapped by the makers of drama. But from the little I know of the classical music scene, it seems a perfect place to set a murder. There’s inevitably a myriad of emotions, egos and petty rivalries – perfect ingredients for putting together a thriller.

Marie-Sophie Ferdane plays Hélène Barizet; the newly appointed conductor in a leading Parisian orchestra. Her arrival is as a result of the mysterious death of her predecessor, who dropped dead in the middle of a performance. But Hélène’s arrival is not without its controversy – particularly when she stirs up the hornet’s nest by promoting a young and inexperienced violinist, Selena, to the role of First Violin – the most prestigious position in the entire entourage. As soon as Hélène arrives, fresh off a plane from her previous role in New York, the orchestra – who voted against her appointment – are ready to make her tenure as uncomfortable as possible and welcome her by performing the theme to Mission Impossible – a title suggestive of the task ahead of her.

The challenge, whilst maybe not impossible, is certainly significant. Within the hallowed confines of the orchestra, we see drug dealing, inappropriate relationships (including Hélène’s composer husband), militant tendencies and plenty of good old-fashioned meanness. They’re a pretty unsavoury bunch, it must be said – conspiring against their new boss, fighting amongst themselves, and constantly paranoid about their musical capabilities and status within the orchestra. Only the young and impressionable Selena comes out looking anything less than a nasty piece of work.

The lush surroundings of the Philharmonie Concert Hall in Paris make for a sublime backdrop (Google it – it’s a stunning building); and sure enough the series looks wonderfully opulent on-screen. Marie-Sophie Ferdane is excellent in the lead role. She’s a beautiful, tall, statuesque woman – and that commanding presence is perfect for the part, as Hélène is challenged at every turn and must remain strong.

The opening episode is mostly scene-setting; we don’t learn anything significant about the death of the previous maestro. But we do get to learn about the leading characters and their dirty little secrets. We also learn more about Hélène herself, her relationship with her violin-manufacturer father, and her mother who is suffering from a hereditary illness. Hélène may or may not be carrying the gene that would result in her suffering the same memory loss and hallucinations that blight her mother. The final few minutes in the opening episode are quite a shock as another death occurs; it certainly makes you want to stick with the series to find out more.

Walter Presents: Philharmonia premieres on Channel 4 at 11pm on 31st May. The entire boxset is available via All4 now.

In this article:Philharmonia, Walter Presents