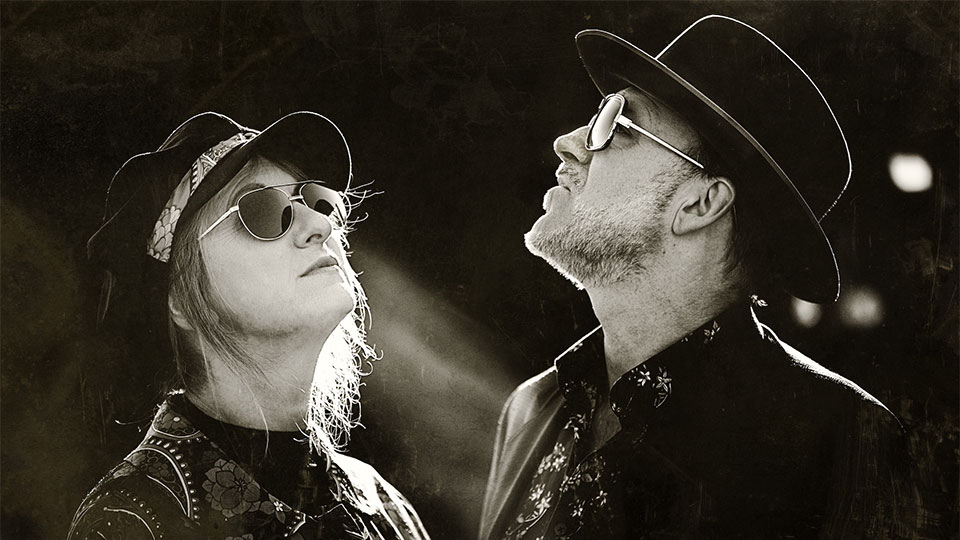 The release is the second instalment of their Country Darkness collection and it contains four tracks from the catalogue of Elvis Costello. For the project Michael Weston King and Lou Dalgleish, once again collaborate with Costello’s longtime keyboard-player Steve Nieve.

Today (22nd May) the duo has released the digital single Different Finger. The other three tracks on the EP are Either Side of the Same Town, Too Soon to Know and I Lost You, a song Costello penned with legendary Nashville singer-songwriter Jim Lauderdale.

Describing the creative process and song selection, Michael writes, “When we all first convened at Steve’s house in France last year, we had a long list of around twenty-five songs that we deemed as country / country-soul, which we then proceeded to whittle down to twelve, choosing songs that worked best for two voices and contained lyrics that we could adapt as conversations.

“After we had decided on which key, the tempo, the basic arrangement, we left Steve to record a solo piano / keys track, setting the feel for the songs, before sending it to producer Colin Elliot back in England, for us build into a full arrangement with the band.

“We had not worked that way before. It was an interesting experience and one that, despite my initial reservations about us not all being in the same room, playing live, has worked out well. A lot of credit for that must go to Colin Elliott, Shez Sheridan and Dean Beresford, our guitar, bass and drums foundation.”

During the past 9 years King and Dalgleish have released 4 albums, played over 700 shows worldwide, and collaborated with a wide variety of fellow artists including Graham Parker, Kinky Friedman, The Brodsky Quartet, Jim Lauderdale and crime writer Mark Billingham.

Country Darkness Vol.2 will be released via Fretsore Records on digital services worldwide and on limited edition 12″ vinyl.

In this article:My Darling Clementine