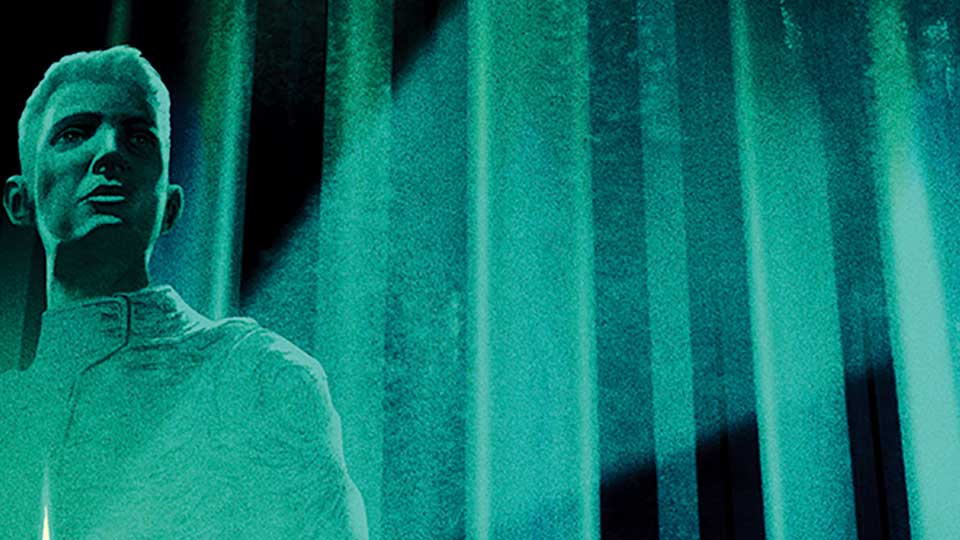 Rendezvous with Rama first appeared in print in 1973. It was author Arthur C. Clarke’s next project after 2001: A Space Odyssey, which Stanley Kubrick’s big screen adaptation brought to a much wider audience.

Readers can find some of the themes that interested Clarke in 2001: A Space Odyssey examined further here. In Rendezvous with Rama, what appears to be an asteroid enters the solar system. Following a meteor’s catastrophic collision with earth some years earlier (spookily, Clarke’s chosen date is September 11th), earth’s defences are primed to react immediately to any perceived threat. A space craft is dispatched to investigate the object and report back to earth. It quickly becomes clear that ‘Rama’ is of alien origin, created by a highly technologically advanced civilisation. But why has it entered earth’s solar system? Who is on board? And does it mean any harm?

I saw 2001: A Space Odyssey for the first time when I was twelve. I had expected the excitement of Star Wars but was left bored rigid. I gave the film another chance when I was sixteen, and the second time around it blew my mind, and became a firm favourite. The difference was expectation, as well as an increasing intellectual maturity and appreciation of scientific ideas. The same mindset is needed to appreciate Rendezvous with Rama. Clarke is forensic and thought-provoking in extrapolating into prose his themes of humankind’s cosmic insignificance, the limits of our knowledge and what it means to make first contact with a more advanced alien civilisation. But the characters are subservient to examining these concepts. If you prefer troubled, rounded characters who are psychologically intriguing, then Arthur C Clarke is not the right author for you.

On the other hand, if you’re looking for grand, powerful science-fiction tropes, Rendezvous with Rama is a rich and impressive work. Clarke’s elegant descriptive prose is just about light-touch enough to never weary with excessive detail, yet nuanced enough to plant firm images in the reader’s head. This is especially impressive when the humans reach and explore Rama, finding an opening and descending along a ladder to the uncharted territory of the giant vessel’s innards.

The book is not sterile of spirituality, and such shading helps to give it a more rounded view of the human condition. ‘Rama’ itself is named after the Hindu god that is considered the supreme being, and the humans have a reverence for the impressive unknown quantity they simultaneously admire and fear. The spacecraft sent to examine Rama is called ‘Endeavour’ – named after Captain Cook’s exploratory sailing ship that reached Australasia and made for the first European contact with a previously-unknown area of the world. Cook would, of course, later pay a heavy price for his encounters with other civilisations. The task of Commander Norton in Rendezvous with Rama is to keep every member of his crew alive throughout their reconnaissance mission.

There are a few touches of inspired genius that help Rendezvous with Rama stand out as a terrific science-fiction read.The human crew of the Endeavour are accompanied by ‘simps’ – genetically modified chimpanzees. Clarke creates the Rama Committee and the United Planets – a human political organisation tasked with overseeing the mission. Naturally, it is crammed full of egos, and everyone walks on eggshells around the Hermian colonists – humans who live on the inhospitable planet of Mercury. The Endeavour crew coin the term ‘biots’ to describe the biological robots operating within Rama which make up the first tantalising encounter with alien life. All of these ideas are leaps of the imagination that are rooted in an understanding of humanity’s psychological need to search for new knowledge, which was understood and depicted as far back as the book of Genesis and the tree of knowledge.

Amongst the far-reaching ideas, Clarke maintains an atmosphere of discovery but also menace, and keeps his reader thirsty for more revelations from the alien world he has created. It takes an author of considerable confidence to conclude the book in the way we leave Rendezvous with Rama, but it’s entirely consistent with Clarke’s literary style and his approach to storytelling. Even the final sentence is yet another way to toy with the reader that there may be more to come…

This edition of Rendezvous with Rama is published in hardback and with slipcase by The Folio Society. It is an eye-catching addition to the bookcases of any Arthur C Clarke devotee. The striking cover image of Rama hanging hauntingly near the orbit of Jupiter, and the vivid full-colour illustrations within the pages, make for a luxurious copy of a celebrated science-fiction classic.

The Folio Society edition of Rendezvous with Rama by Arthur C. Clarke, introduced by John Clute and illustrated by Matt Griffin, is available exclusively from The Folio Society – www.FolioSociety.com.