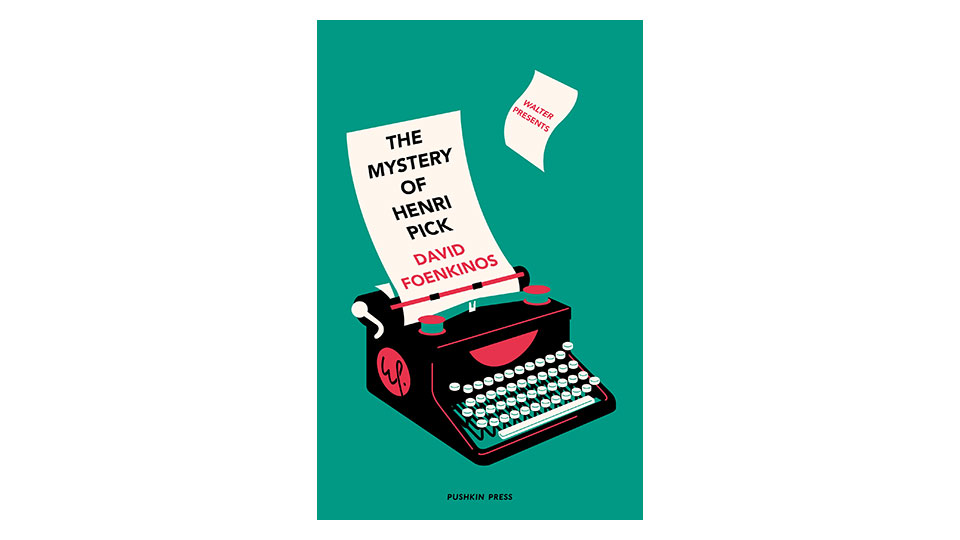 Pushkin Press has partnered with Channel 4’s Walter Presents for a series of timeless novels with strong international appeal.

Titles in the Pushkin Press – Walter Presents series are all handpicked by Walter Iuzzolino from around the world, with personal stories about how he discovered them. The striking series design has been done by Nathan Burton to create immediately recognizable, collectible flapped paperbacks with a slightly retro feel.

Adam Freudenheim at Pushkin Press has bought World English rights from Éditions Gallimard for the first title in the series collaboration: The Mystery of Henri Pick by David Foenkinos which is out now. The first title is a fast-paced mystery enriched by a deep love of books.

Novelist, screenwriter and musician David Foenkinos was born in 1974. He is the author of fourteen novels that have been translated into forty languages. Several of his works have been adapted for film, including Delicacy (2011). The Mystery of Henri Pick has sold over 500,000 copies in France, been translated into 17 languages and made into a successful French feature film.

Walter Iuzzolino says: “In a world where we have so much choice, curation is becoming increasingly key. Walter Presents was first set up to champion brilliant drama from around the world and bring it to a wider audience. Now, in collaboration with Pushkin Press, we’re hoping to do the same thing for foreign literature: translating brilliant books into English, introducing them to readers who are hungry for quality fiction.

I discovered Henri Pick in a Parisian bookshop whilst waiting for a train. The characters and setting are quintessentially French and the mystery that lies at the heart of the book has instant international appeal. It’s a charming plot, full of twists and turns, which will keep you guessing to the very last page. A perfect first selection for the Walter Presents Library.”

David Foenkinos says: ‘It has always been a dream for French writers to be translated into the English language. I am especially happy that The Mystery of Henri Pick has been selected by the ‘Walter Presents’ program because it is as much literary as it is entertaining. I wanted my book to be a playful reflection of the literary world – filled with suspense and false leads. First and foremost – it’s a tribute to books and literature and to the writers that have long been heroes of mine.”

Adam Freudenheim at Pushkin Press says, “I’m thrilled about our new collaboration with Walter Presents. I love Walter’s eclectic taste in foreign drama and comedy am excited about his first choices. The Mystery of Henri Pick is a hugely readable, charming novel that should appeal to anyone who loves reading!”

The Mystery of Henri Pick by David Foenkinos will be followed by The Second Life of Inspector Canessa by Roberto Perrone later in Summer 2020 which more titles in the pipeline.

In this article:Pushkin Press, Walter Presents