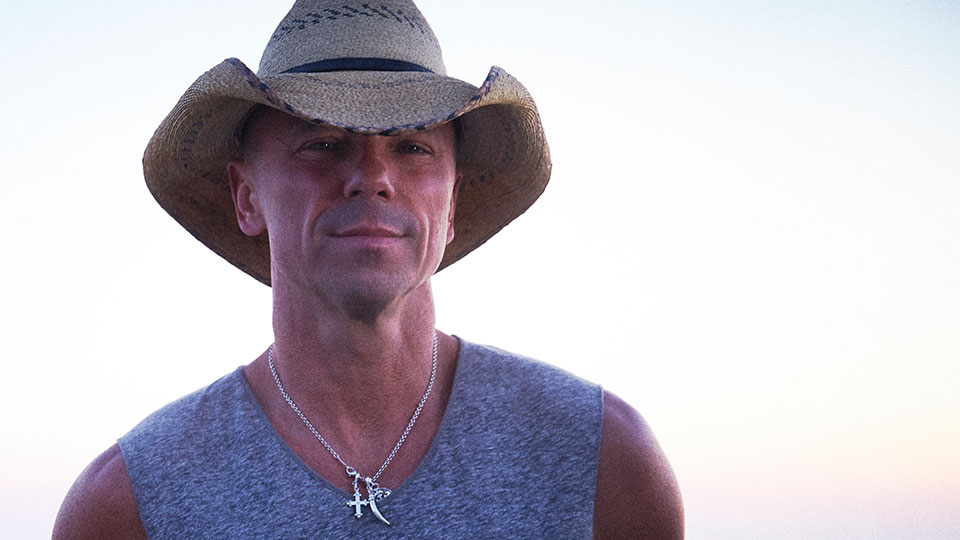 Kenny Chesney is one of the biggest Country stars in the world and he’s also one of the most private. When he’s not releasing music or touring, we hear and see pretty much nothing about him. He likes to be enigmatic and clearly that works as his albums sell in huge quantities as do his concert tickets. It’s been two years since last album Songs for the Saints and today Kenny has dropped his new record Here and Now.

It’ll come as no surprise to any Kenny Chesney fan that Here and Now is more of the same. The 12-track collection is packed with stadium-filling tunes that are packed with generic platitudes that his fans will lap up. Kenny’s never been an artist to dig particularly deep with his lyrics and his feel-good ethos continues apace here. There’s nothing especially wrong with that, you just wonder why you’d listen to this album when it sounds like every one that’s come before.

We Do is the foot-stomping stadium anthem that opens the record and after that point the tempo stays pretty much up. The star celebrates living in the moment on title track Here and Now, a song whose lyrics make you yearn for the times we were able to leave our homes and see the world. The message is positive but it’s so bland, it lacks the weight or impact that you assume Kenny felt it had when recording it.

Many of the tracks on the record are interchangeable. Heartbreakers has a similar vibe to We Do and Here and Now, Tip Of My Tongue is perfectly geared for commercial success, and Beautiful World tries to encourage a sing-a-long I’m not sure that I want to be a part of. The best moment comes on the ballad Someone To Fix. Whilst it’s hardly a deeply introspective tune, it at least packs some emotion in.

Closing track Guys Named Captain stands out too as it’s actually different from the rest of the record. Hearing Kenny’s voice without the bombastic production is welcome and it’s actually one of the better moments on the record.

Here and Now is typical Kenny Chesney. If you want a good time and to forget about your cares for 40 minutes, then this is the album for you. If lyrical depth or musical progression is what you’re after, you’re not going to find it here. Kenny’s brand has always been broad appeal to sell to the masses and that hasn’t changed here. There’s nothing wrong with taking that approach but for me it doesn’t make particularly riveting listening.

Advertisement. Scroll to continue reading.
In this article:Kenny Chesney