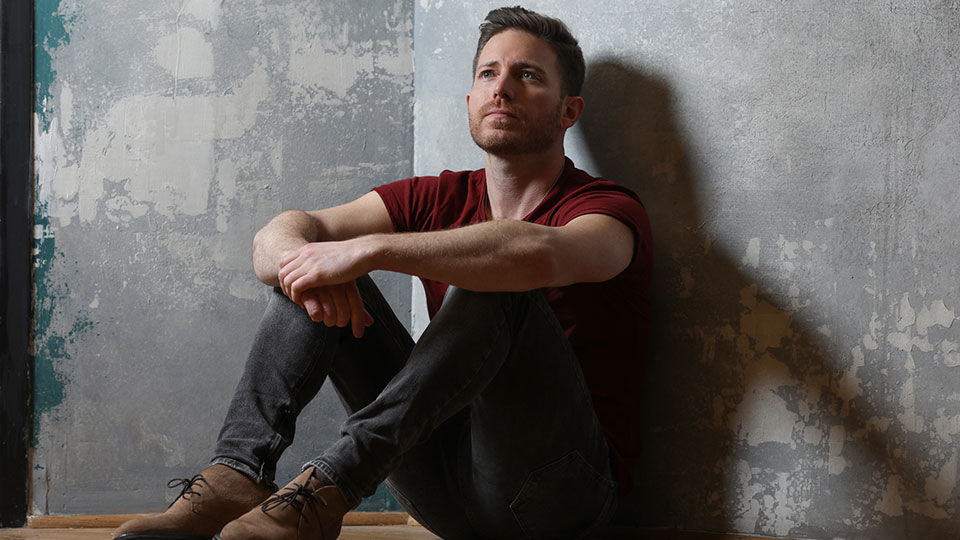 Boston-native Chris Moreno is now based in Nashville, where he’s pursuing a career in Country music.

We premiered his brand new single Where I’ve Been recently and the reaction was huge. Country fans from around the world embraced the catchy track, which is a deeply personal one for Chris that reflects on his journey so far.

Following on from the premiere, I spoke to Chris to find out more about Where I’ve Been, discuss his journey as an artist so far, and to talk about how he’s finding his sound with his latest releases…

We recently premiered your new single Where I’ve Been and the song has had a great reaction. What’s the story behind it and why did you decide to release it now?

I’ll start by saying these days when you’re a songwriter you’re scheduling sessions all the time and you’re not really waiting for inspiration necessarily. You’re just kind of like, ‘OK, we’re gonna show up here today and write and see what we get, and maybe have an idea’. (For this) I remember it was a Sunday and I was I was feeling very much like I was missing home. I was reminiscing through memories of family and an ex-girlfriend, and stuff like that, that I had left behind. I’d moved to Nashville under two years ago at this point and that was back in September. It’s been an adjustment. You leave the place you grew up your whole life to go pursue music but music is this very unstable path.

On the one hand you have the emotions of just making a big change, but also your emotions that you gotta be thick-skinned in this business to persevere. I basically just started writing down specific memories and I thought, ‘OK, maybe we’ll try to tie this into a song’. I originally thought about it as like a song about missing home but then the next day I called one of my favourite co-writers and I was like, ‘listen, I have this song idea. I have a lot of stuff. If you’re free, let’s try to finish it’ and while we were going over it, she was like, ‘oh yeah, so this is all about where you’ve been’ and I was like, ‘oh, that’s perfect so Where I’ve Been is the title then!’ I thought it would be really cool to to have three choruses (surrounded by) different stories. Normally I don’t do that, I try to really simplify my songs and make them as relatable as possible and somewhat unspecific sometimes but like this song was for me. I was just like, ‘let’s write it specifically with my story’ and so that’s what we did. That was September 2019 that we wrote that. I really liked the story but I didn’t how catchy it was so I worked it for a couple months and I tried to really tighten it up and then eventually I was like, ‘you know what, this is a song that my fans would like because they would feel like they would know me better’. That was really the the motivation to release that song. I think the fans will like it.

Comparing this song to your previous releases, it feels like you’re really beginning to define your sound now and find where you fit into the genre. Would you say that’s a fair observation?

I think so and honestly, that really is the ultimate goal with every release. It’s been 10 months since since I released anything and I look at it as every time you release music, it’s a chance to grow hopefully. You’re naked once you put that out there, so you really have to face the reality of, ‘OK, how good are my songs compared to everything else out there?’ and that’s why I like the process of putting out music. To answer your question, I actually do feel that way. I have another song that’s coming out and I feel the exact same way about that in terms of finding my sound. I think when I’m at my best, it is my rock influences, a lot of 90s rock and stuff like that – they’re prevalent and you can hear it – but also it’s that modern sound with the Country story to it. I do feel like I’m finding my stride and merging my all my influences. I’ve had a few comments like that, people tell me they think this is the best I’ve sounded and that’s hugely humbling. It’s amazing to hear that.

That comment you made about being influenced by 90s rock is interesting because at times, your voice reminds me on Matchbox 20’s Rob Thomas…

Were you a Matchbox 20 fan by any chance?

I was a huge fan. I can’t deny it. There’s just something about the raw emotion in that style of singing that really appeals to me. The goal is to never try too hard, it’s to give just enough in terms of intensity and emotion and to just be real, I guess at all times and not rely on gimmicks in the music. (You should) just let the music speak for itself. The raw emotion that Rob always has really appealed to me. People have noticed that’s an influence and it certainly is, I can’t deny that.

It’s not a bad comparison to get to be honest is it? Rob Thomas is a bit of a legend…

Yeah, exactly. Absolutely not. He’s one of my favourite singers absolutely. It’s funny because It Was You was my highest streaming songs so that’s what I put every song against. That’s makes it even more great to hear that maybe I’m finally onto something new and I’m kind of beating that in a sense.

That’s absolutely great and just to hone in on that. My goal with music right now is, to honour those influences, 90s rock and stuff like that, and to deliver it in a context that is modern and that is very much today. To honour those (influences) so it’s not like I’m not watering myself down and just being another Country artists that’s trying to do today’s sound.

You mentioned about the move to Nashville and you also commented about how music is not the easiest path to pursue. What is it like being in Nashville? There are so many artists trying to make it in the city, does that make it creatively stimulating or stifling for you?

That’s a really great question. It sort of does both. The benefits of moving to Nashville from what I’ve seen, and this is what I thought they would be, is that you have access to a lot of creative people and a lot of talented peers. When it comes to songwriting and collaborating, it’s an amazing hub to be able to do that. When you when you get here, it absolutely can be overwhelming because let’s say you’re someone who’s doing really well in their hometown and maybe you’re one of the best in your hometown, or you are the best, you can start to feel a sense of maybe letting off the gas a little bit because look, you’ve risen to the top of your hometown. Not to say that I did rise to the top in my hometown but I was building up momentum in Boston, that’s for sure.

When you get here, you realise that there’s just tons and tons of people that you don’t know. You’re forced to take a harsh look at how good you are and maybe you’re great. Whatever you’re weak in, whether it’s your songwriting, your singing or your performing… you can’t help but compare. I think it’s a healthy comparison, honestly. It’s caused me to subconsciously raise my game. Also, there’s the other side. You look around at all these people and none of them are household names so you think, ‘man, how hard is it gonna be for me to stick out?’ That’s the double-edged thing right there. That’s why I think you have to build a strong sense of self and it forces you into that, which I think is a good thing.

With the world being on lockdown at the moment, that must be really hard as you can’t get out there and continue to build your fanbase…

Yes, absolutely. How I make a living is pretty much just gigging. Not only is it the shows and the lost income, but it’s also the months of booking those dates in the first place and spending hours and hours and hours each day, reaching out to venues and trying to line up these weekends away. For me, the goal is to be away every weekend and to be playing because that means I’m making a living and obviously doing what I love. It’s been certainly hard. I’ve taken to online concerts and I’m just trying to wait it out. We’ll see what happens. I’ve been pretty good at not feeling bad for myself though to be honest because every musician is in the same boat. This is just such an unthinkable time. I can’t even feel bad for myself because everybody’s going through it in some way or another and people have it much worse than I do all across the board. I’m just trying to wait it out like everybody and just hope that at some point in the near future, we go back to normal.

I admire the fact that you did put out new music because there’s a lot of artists that are shying away from doing that and postponing releases or moving them back. While we’re all stuck at home, we’re all going a bit stir crazy so we need new good music to listen to…

Thanks for saying that. I certainly debated it. I think for me, it was dependent on what the message of the song was. If it was just a super happy dumbed down song that was just about fun, not to say that it couldn’t have worked because people do need fun right now, but at the same time I think the message of where I’ve been but I don’t know where I’m going, that message relates to right now very much. That gave me the confidence to put this one out.

You mentioned you have another song lined up already for release but what’s your longer term plan. Are you working on an EP or an album, or are singles the focus?

I had a full-length album that was released in 2016 and then I had an EP, which was released exactly two years ago. Since then, it’s been singles and I think it will continue to be singles. I do feel like I have the material for a body work, probably an EP at this point. I’m debating on that. The way that everything seems to work, it’s a fear that an artist, such as myself that has a fan base but maybe not a massive global fan base yet, that songs are just gonna get lost if you release an album. The fact that people are only digesting a certain amount of songs at a time (right now). At this point a single with the possibility of an EP.

Chris Moreno’s new single Where I’ve Been is available to download and stream now. Take a listen to it below:

Advertisement. Scroll to continue reading.
In this article:Chris Moreno