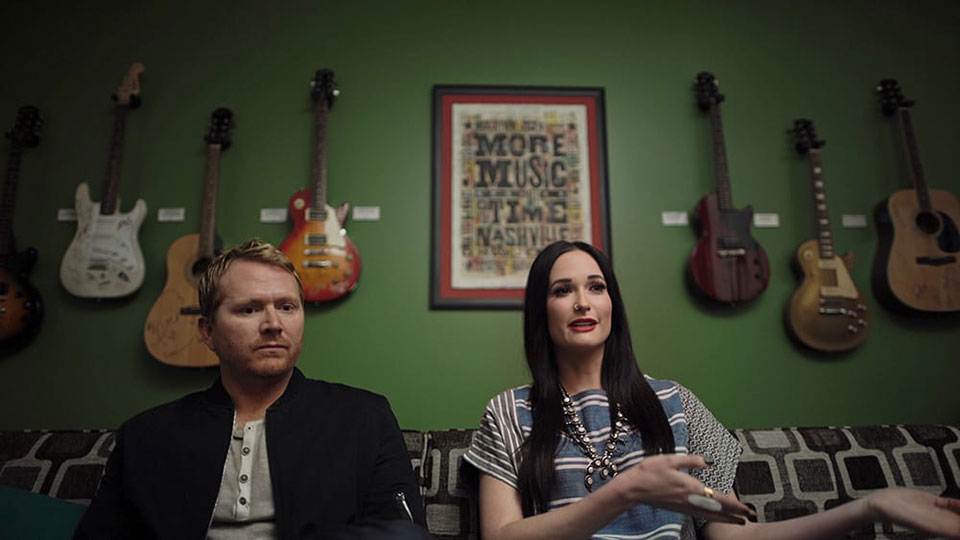 Country music fans understand that Nashville is the most important place in the world when it comes to the music they love. A vibrant city, and more recently the subject of the Country music drama series Nashville starring Connie Britton and Charles Esten, Nashville is awash with budding musicians and songwriters trying to make it big. Often those that write the hits are rarely the ones that front them and new documentary It All Begins With a Song takes you into the Nashville writer’s rooms to talk to the songwriters responsible for some of the genre’s biggest hits.

A mixture of interviews, acoustic performances and personal anecdotes, It All Begins With a Song features the cream of the industry talking about their journeys as artists and songwriters. The likes of Brett James, Shane McAnally and Claude Kelly are among those sharing their stories, leaving your jaw on the floor as they reel off the hits they’ve been responsible for and highlighting that their success has still pretty much warranted them anonymity as it’s the artists who perform their songs that get all the fame.

The most poignant and touching moment in the documentary is an exploration of the Lee Brice hit I Drive Your Truck. Written by Jessi Alexander, Connie Harrington and Jimmy Yeary, the song was inspired by the story of Paul Monti who lost his son in Afghanistan and had taken to driving his truck to deal with his grief. Paul admits that he’s never managed to make it all the way through the song as it’s so personal but when Jessi and Connie turn up on his doorstep, they perform an acoustic version and none of them get through it without tears. To be honest, I didn’t either.

It’s that sequence that shows the true impact that music can have in a person’s life. It can be healing, therapeutic, personal, painful and everything in between. At another point Kacey Musgraves joins Shane McAnally to talk about the songs they’ve written together, giving a little insight into their creative process and relationship. We see Jonathan Cain, one of the writers of Journey’s monster hit Don’t Stop Believin’, who admits he was close to giving up songwriting when inspiration struck thanks to a call with his father and that iconic song was born.

The documentary, does look at other genres too and not just Country, though that is predominantly the focus. Pop stars such as Rihanna, Kelly Clarkson and Pink are mentioned with viewers getting an insight into some of their songs too. It makes you realise that when it comes down to the lyrics, songs don’t really have a genre. It’s the production that turns the song into one genre or another but when you look at just the words, every song has a fair amount in common.

If you’ve ever wanted to know more about songwriting and how it works, and indeed how Nashville aka Music City works, then It All Begins With A Song is a fascinating documentary. Over its 80-minutes, the documentary is packed with fantastic stories and there are plenty of acoustic performances to enjoy too. You don’t have to be a Country fan to appreciate it but if you are, you’ll certainly get the most out of it.