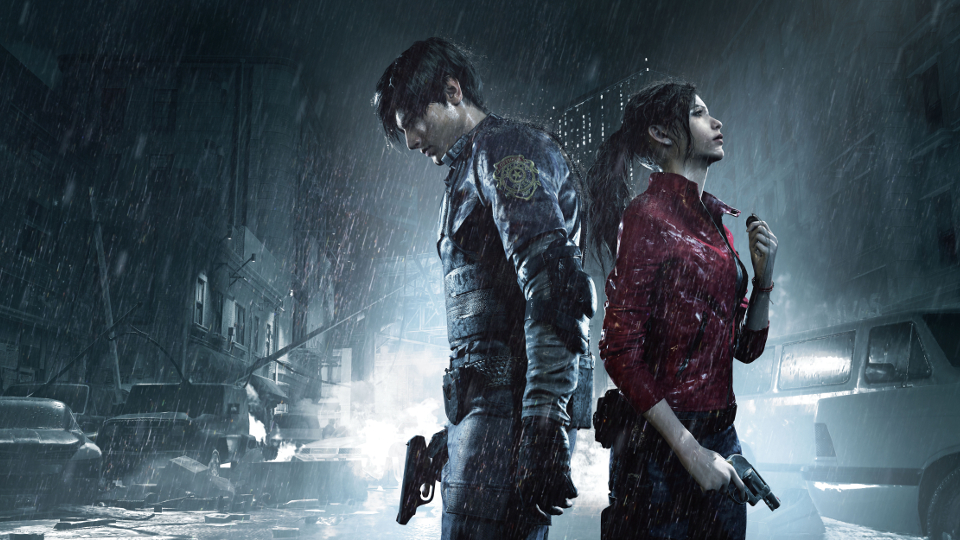 The Resident Evil series is made up of at least 24 games and in that library there are are some true masterpieces and awful stinkers. So, I will deliver to you the definitive list of Resident Evil games. Is it an opinion piece? Well, technically but I’m pretty sure I’m right.

It breaks my heart a little to put this so low because I really do like this game. There are some cool story beats and playing as both Chris and Claire Redfield is a lot of fun. I love the art design, a slightly unfamiliar setting with Gothic inspiration was a nice departure for the series and no doubt gave Capcom the idea to start the Devil May Cry series. There were a few mistakes though. Firstly, this title prioritised combat a little too much for my liking and the story, while interesting, was a little too complex for its own good. It fell into the classic Resi trap of faking out the villain’s death too many times. Regardless, fans of horror games will have a blast with this game.

By their own merits, these games would be behind Code Veronica. There are a few shortcomings in these titles that certainly make them worse than Code Veronica but there are some surprising strengths. The most important one to me was playing as a variety of characters. Having different abilities and story reasons for each character being there is a great concept.

There are huge differences between playing as a cocktail waitress and playing as a cop, this is something modern games don’t dare attempt. The locations were awesome remixes of the series and the zoo level in Outbreak 2 is incredible. The limited multiplayer and virus system (Enforced time limit) let this series down and stopped it becoming truly great.

Oddly this game is seen as a somewhat lacklustre entry. I found it captured the spirit of the series a lot better than Code Veronica did and the gameplay systems were really interesting. Resident Evil 0 had a “Partner Zapping” system which allowed you to swap between 2 characters in a flash. This system divided fans but I found it made for a great puzzle system. The switch from an item box, to dropping items anywhere, hurt the game but overall it’s a strong title.

This game certainly shocked me. Coming out during the peak of episodic gaming, I was worried that Capcom’s decision to release this episodically would be a bad one. Capcom were in a lull at the time and episodic gaming was becoming a fad but despite the chips being stacked against them, Revelations 2 turned out really well. There were some shaky moments but, at its peak, it’s one you don’t want to miss. It also has an intuitive split-screen co-op system that demands co-operation.

I was a brave enough kid to play through the first 2 Resident Evil titles but 3 took it to the next level. Every time the terrifying Nemesis exploded onto the screen, I had to book it to the next area. Taking all the best elements of the previous titles and mixing them in the pot with some new ideas, was a recipe for success. It’s hard not to be impressed by this game and the remake is on its way very soon indeed.

Do you know what’s cool? Ghost ships, ghost ships with zombies. Coming out of nowhere, in a time where Resident Evil was slipping, Revelations was a great surprise. Releasing on the 3DS gave it an excuse to utilise the system for some effective scares and taking place in a cramped area worked wonders. The story was also interesting and expanded on the universe in some unexpected ways. Even more impressive was the fact it managed to transition to consoles and PC, yet still retain its atmosphere. Don’t overlook this one.

Despite being one of the best adventures games of all time, I still feel like this position may be too high. I can hear you all screaming at me “This is number 1!” but it’s not. It’s a brilliant game but it feels like “Leon on Holiday: The Game”, the loose ties to the series are appreciated and I like the oddball tone but as a Resident Evil game, it’s not very good.

As a game, however, it’s hard to deny its staying power. If a game has a forced escort mission as a major gameplay system and can still be considered an excellent game, that should surely say a lot, right? It’s also out on every system you can think of, so judge for yourself.

Imagine an E3 trailer, it’s tense, creepy and mysterious. The crowd is in awe. It can’t possibly be Resident Evil right? BOOM! The trailer ends with a Resident Evil 7 reveal and the audience loses it. There hasn’t been a good Resident Evil game in years and here is one coming out and in VR?

The central focus of the plot concerns a family ravaged by the outbreak and the effect it had on them. This is a wonderful departure and leads to a very different game. The change to a first-person perspective opens up completely new scares and playing in VR is a game-changer. The issue of a lack of enemy variety is disappointing but this is one hell of a game.

I would wager most people have played this is some form by now, so I’ll aim this towards complete novices. This is the game you start on. Not because of the plot but because of gameplay. It’s aged magnificently but it has aged. There are issues with the game that wouldn’t really stand now but it’s an essential game. The superbly crafted scares are still effective to this day and the visual design is something that stays with you. This is a true masterpiece of horror.

If I was to count the original version of the game it would either still take the top spot, or slip behind the remake of the first game. But Capcom decided Resident Evil 7 wouldn’t be the end of their new founded success and released the highly anticipated remake of Resident Evil 2. This stunning love-letter changed a fair bit to gameplay and a bit of the story as well but everything was for the better. What remained was a masterclass in game design, a high benchmark for visuals and a zombie story that aged like fine wine over 20 years.