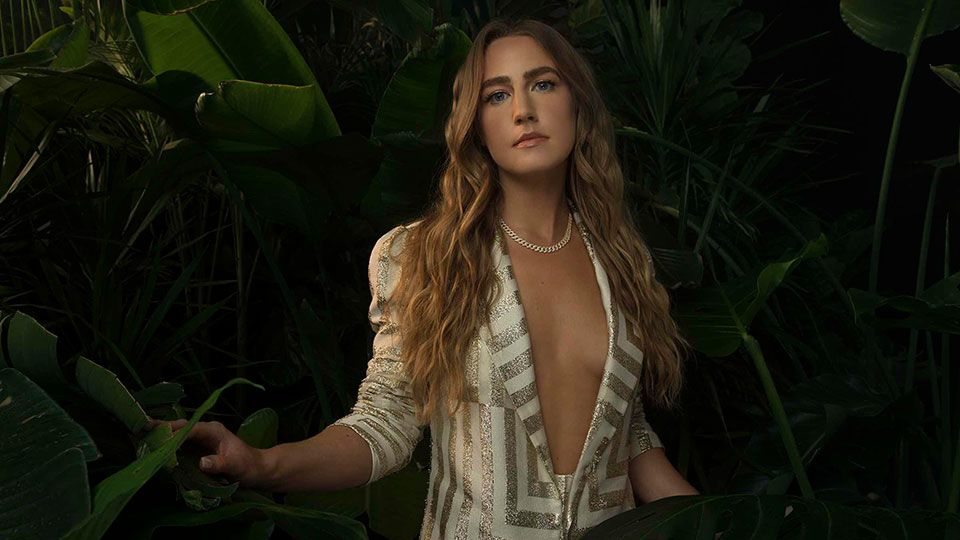 Michigan-born Ingrid Andress rose to fame after taking part in an a cappella group that appeared on NBC’s hit series The Sing-Off. Following that show, Ingrid completed her degree and was mentored by songwriting legend Kara DioGuardi. After moving to Nashville, Ingrid wrote songs for the likes of Sam Hunt and Alicia Keys, before stepping into the spotlight as an artist herself. In 2019 Ingrid released her debut single More Hearts Than Mine, which hit the Top 10 on the US Country Songs and US Country Airplay charts. Now Ingrid is releasing her debut album Lady Like.

Lady Like is part of the new wave of albums that is comprised mostly of songs that were already out. With only 8 tracks on the track listing, there are only 3 songs that fans haven’t already heard. Personally it’s not a strategy I’m loving as a music fan but it’s very unlikely that Ingrid had any say in it so I won’t be holding it against her. The album opens with Bad Advice, the only song that actually approaches Country music in terms of its sound. The swooning melody backs Ingrid’s distinctive vocal and the song is clearly geared towards radio play, which is no bad thing. For my money, it’s the strongest song on this collection too.

Where Ingrid really shines is in the songwriting. The lyrics here are pretty clever and they’re always relatable. The gentle-banjo backed Both sees her telling a lover that he needs to make up his mind and stop messing her around. It’s the kind of lyric that Ingrid’s fanbase, who will likely be in the throes of first love, can relate to. The ballad We’re Not Friends continues the similar theme but this time Ingrid is trying to get a lover to admit that they’ve passed the friendship stage and are actually behaving like a couple.

The Stranger is reminiscent of Rihanna’s Stay and it’s a chance for Ingrid to unleash the vibrato that underpins her deep voice. It’s the best vocal across the 8-tracks here and the poppier production suits her well. Lead single More Hearts Than Mine continues the winning formula of many of the tracks here with polished production surrounding Ingrid’s voice as she sings about love and relationships. Life of the Party is one of the more out-and-out pop songs on the record and it could easily be a song that Little Mix or Mabel would record.

The title track brings the album to a close. Once again the piano leads as the tempo reverts to ballad territory. The song builds to a big pop chorus with a hint of banjo to check the Country box and ensure it gets support at Country radio.

Lady Like is a solid collection of pop tracks but to me, this isn’t Country in the slightest and I’m not sure why it’s being marketed as such. These songs could easily sit alongside the mainstream pop acts that are ruling streaming services. I hate to come across a Country purist but to my ears, this is a perfectly serviceable pop album. The lyrics lift it above a lot of the music in the pop world but there’s nothing ground-breaking here.

Track list: 1. Bad Advice 2. Both 3. We’re Not Friends 4. The Stranger 5. Anything But Love 6. More Hearts Than Mine 7. Life of the Party 8. Lady Like Record label: Warner Music Nashville Release date: 27th March 2020 Buy Lady Like