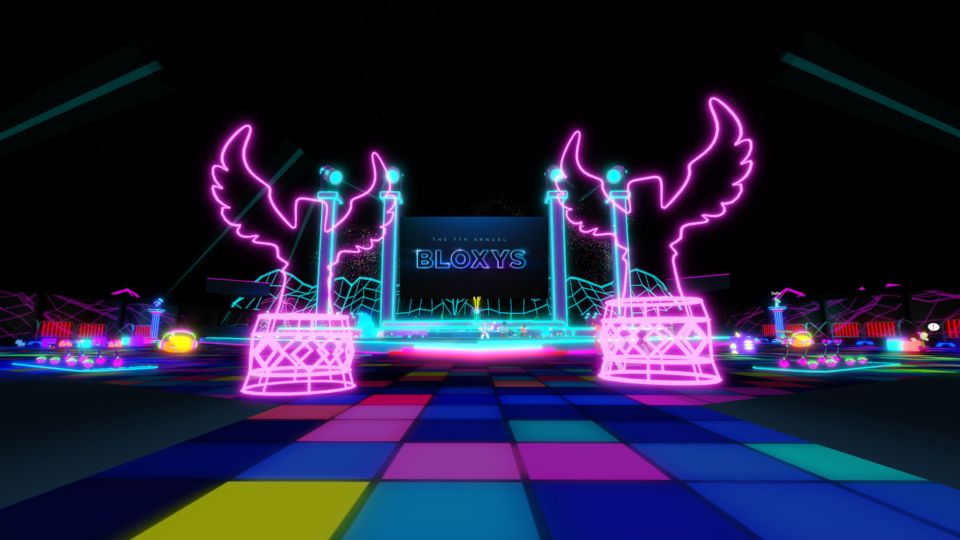 The 7th Annual Bloxy Awards will be taking place on Saturday 21st March 2020 at 19:00 GMT. The Bloxys are taking place in an entirely new game venue where you and up to forty of your friends will be able to watch the entire ceremony in-game for the first time. The Bloxys are the annual awards event for the creators behind some of the best games in Roblox. There are various categories up for rewards and you can check out the full list at the official Bloxys webpage.

The show will be fully animated and packed with special rewards, music video premieres from various YouTube creators plus there will be a few other surprises that are being kept a secret for now.

View the Bloxy Awards trailer below:

The venue will actually be open to the public from March 20th giving players the chance to explore the new area before the event goes live. The venue contains lots of areas to explore including the neon lazy river, turbocharged jump pads and the chance to whizz around on a neon scooter.

There will also be collectables to find in the form of Bloxy Cola and Golden Hammers plus the chance to complete quests to earn currency which can be exchanged for in-game merch. There will also be two free items being given away from March 20th in the Avatar Shop.

For more information check out the official Roblox blog.