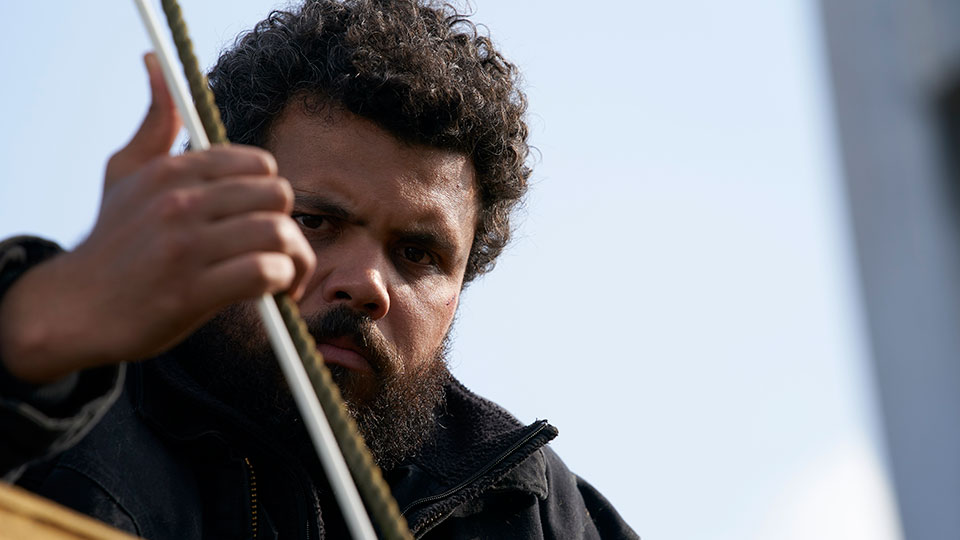 Who killed Andrew Earlham (Ioan Gruffudd)? Tonight’s episode of Liar asked as many questions as it answered.

If you want to avoid all spoilers for Liar, stop reading now.

The episode opened with Laura (Joanne Froggatt) being woken up in the night by the sound of someone moving around in her flat. She looked around but saw no one, until Andrew appeared but viewers soon saw she’d been dreaming.

Once she woke up, Laura tried to leave her home and was mobbed by journalists asking for a comment. She made her way to work where she got funny looks from the students and found Karen (Katherine Kelly) chatting to one of her colleagues. Shocked, Laura was told she should take paid time off until things settle down.

Furious, she confronted Karen and the two had a tense exchange with Karen telling Laura that if she came clean, she would get her life back. Karen reiterated that her instinct told her that Laura was responsible for Andrew’s death. As she left the school, Laura received a call from Winnie (Amy Nuttall) who was at the boat yard looking at the aftermath of the fire.

Liam (Richie Campbell) and Katy (Zoë Tapper) spent time with their kids but Liam had to dash off when he received a call. He reluctantly agreed to leave the kids with Katy while he went to take care of his business.

Laura arrived at the boat yard and was shocked to see the ruins. She asked Winnie where Carl (Howard Charles) was and Winnie revealed that he’d disappeared. With the police suspecting (rightly) that Carl had committed arson, Winnie asked Laura to help her find him. She also shared that Carl had been acting strangely.

Back at Winnie’s, the two women went through Carl’s phone records and noticed a pattern of calls to the same number. Laura called the number and the next thing we saw, they arrived on the doorstep of Jennifer (Jill Halfpenny). Jennifer revealed that she’d met Carl at a PTSD group and had started confiding in one another when they found out their wives had been victims of Andrew’s.

Jennifer tried to deflect so Laura told her they knew Carl had called her. That prompted a curt response where she asked them to leave and Laura told Winnie that Jennifer had been lying to them.

Carl was seen looking through a box of things in an unknown location. He unwrapped a yellow cloth that had a gun inside it. As he thought about things, the action jumped back to Carl’s confrontation with Andrew on the boat that we saw the start of last week. Carl threatened Andrew with a knife and a fight broke out. The blood we saw on the hook in the boat’s kitchen belonged to Carl as he hit his head on it following a punch from Andrew. Carl then tied Andrew’s hands together as the rapist begged him to call the police rather than kill him. Carl untethered the boat with Andrew inside and sailed off.

Laura met with Vanessa (Shelley Conn) for a coffee and told her that she’d just seen Jennifer. She explained about the relationship between Jennifer and Carl, and suggested that Jennifer may have helped Carl with Andrew’s murder. Vanessa reacted angrily and denied that Jennifer was anything to do with it before she stormed off.

Katy put the kids to bed at her flat and contemplated calling Laura. She decided against it.

Vanessa went back home and started making dinner. Jennifer arrived home and they made small talk about baby clothes. Vanessa spotted Jennifer’s phone and picked it up so she could look through it. She found messages from Carl and Jennifer came clean. Vanessa called Laura to tell her that Carl had confessed to Jennifer that he killed Andrew.

Laura intercepted them before they went into the station and Jennifer told her that Carl drowned Andrew. Flashbacks showed Jennifer trying to talk Carl down and cover up what he had allegedly done. Laura asked Jennifer if she knew anything about Andrew trying to set her up but she said she didn’t. She did offer to give Laura the location of Carl and Laura asked them not to tell the police anything yet.

Continuing her dash about town, Laura picked up Winnie and told her she knew where Carl was. Carl meanwhile picked up his gun and seemingly shot himself in the head.

Katy was visited by Rory (Danny Webb) who asked if he could have a word with her. Rory quizzed Katy on Laura’s behaviour after Andrew went missing. Realising her sister was in trouble, Katy provided a fake alibi for her on the morning that Andrew’s body was discovered. To make it worse Katy got her children to lie too.

Following that Rory had a row with someone on the phone and met with Karen to find out if evidence had been turned up in Laura’s car. Rory quizzed Karen about why she was so keen to pin the blame on Laura and she revealed that she’d been in an abusive relationship. During her confession, she admitted she thought about killing him but reported him instead resulting in his arrest. After that admission she requested that Laura’s sat nav be analysed.

Laura and Winnie arrived at the location where Carl was hiding out while Katy considered having another drink. She poured the wine away and Liam arrived at the house furious with her. He ripped into her for making their children lie and Katy admitted that she did it to try and win her sister back. Liam told her that he and the kids were not going to become a part of her problem.

Winnie found Carl and it turned out that he wasn’t dead. He shot the gun into a mirror. Laura told Carl that he didn’t kill Andrew, revealing that she saw him after Carl had thrown him off the boat. She then asked Carl if he had tried to frame her and he said he hadn’t. Carl explained that he’d seen Andrew talking to another man on the night he thought he’d killed him.

We then saw the moment Andrew was thrown into the sea by Carl and he managed to get his hands untied. He swam back to the surface and made his way to the shore.

Andrew then spied on Laura who was taking her canoe out in the marshes. When she came back to shore he confronted her and dragged her to somewhere private. He told her he wasn’t going to hurt her and the two had a fraught argument. Andrew told Laura he was going to steal her life and then let her run away. We then saw Laura locate her phone and call the police.

Back in the present timeline Laura dropped Winnie and Carl off at the police. She received a call from Liam who told her that Katy had lied for her. Laura stormed over to her sister’s house and asked if she thought she was guilty. She pleaded with Katy to stop interfering before storming out of the house.

Things with Vanessa and Jennifer reached breaking point. They argued about Jennifer’s lies and Jennifer tried to reason with Vanessa. Jennifer asked what she could say or do to make things better and Vanessa admitted that she didn’t know if their marriage could survive.

Laura returned home and lost her cool, giving the press a full statement where she denied killing Andrew.

Karen called at Rory’s house to find him arguing with his son. As she knocked on the door, Rory’s son left the house and Karen revealed they had a location from Laura’s sat nav. They went to the location with a police team and made a seemingly grim discovery in a shipping container.