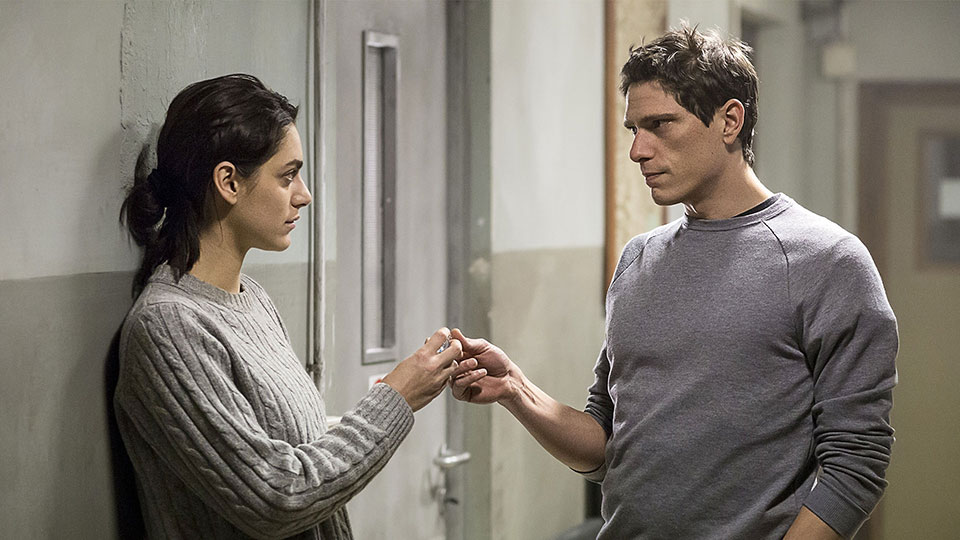 Chances are, when you think of Italy you imagine the beautiful architecture of Rome, the romantic canals of Venice, or the sparking coastline of Amalfi. What you probably don’t imagine is the rain-soaked industrial sprawl of Turin. But that is where Thou Shalt Not Kill (Non Uccidere in Italian) is set. The ambiance is grim, miserable and threatening. It’s almost as if the producers are trying to out-Noir the Nordics.

If you want to avoid spoilers for Thou Shalt Not Kill, stop reading now.

Star of the show is former Miss Italy and morning television presenter, Miriam Leone. She plays Detective Valeria Ferro, a sombre and dowdy cop with a complicated personal life. Each episode is a stand-alone mystery (you can dive right in – you don’t need to have seen season 1 to enjoy this), but there is a storyline throughout that focuses on the death of her father; and her relationship with her mother who was jailed for his murder. She is also having a clandestine affair with a cop colleague.

Episode 1 centres around the death of a woman staying at a shelter for abused women. Suspicion immediately falls on her husband, Tomas Novac, who despite having a restraining order to keep away, was seen nearby shortly before her demise. Novac was helped by his lover and lawyer, who leaked his wife’s address to him. However, Ferro suspects that there’s more to her death than meets the eye. And when the victim’s teenage son, Federico, runs away with his girlfriend to escape being put into a home, and ends up getting shot in the process, the focus of the investigation changes and Ferro eventually closes in on her killer.

Meanwhile, Ferro’s mother has disappeared – apparently kidnapped by a local businessman, Giuseppi Menduni. When her boss won’t sanction his arrest, Ferro decides to follow Menduni – a trail that leads her into more danger.

Leone is impressive in the lead role, despite not having that much to work with. Her character, Detective Ferro, is a moody reclusive character, fixated on her father’s death; but at the same time brilliant at solving the most complex of crimes. Leone won the coveted Best Actress Silver Ribbon for the role and deservedly so. It’s no Death In Paradise or Inspector Montalbano – the settings are urban, invariably set at night and in the incessant rain, usually featuring deserted industrial parks and abandoned factories. Everyone wears muted colours and grey or beige jumpers – it almost looks monochrome at times. And the haunting musical soundtrack comprises of solemn strings and minor keys – almost Morse-like in its sombreness.

It’s a fine watch, and Leone is fabulously under-stated in the lead role. Definitely one to check out.

Walter Presents: Thou Shalt Not Kill season 2 airs every Friday for 10 weeks from 20th March on More4 at 9pm. The full boxset is available on All4 immediately after transmission of the first episode.