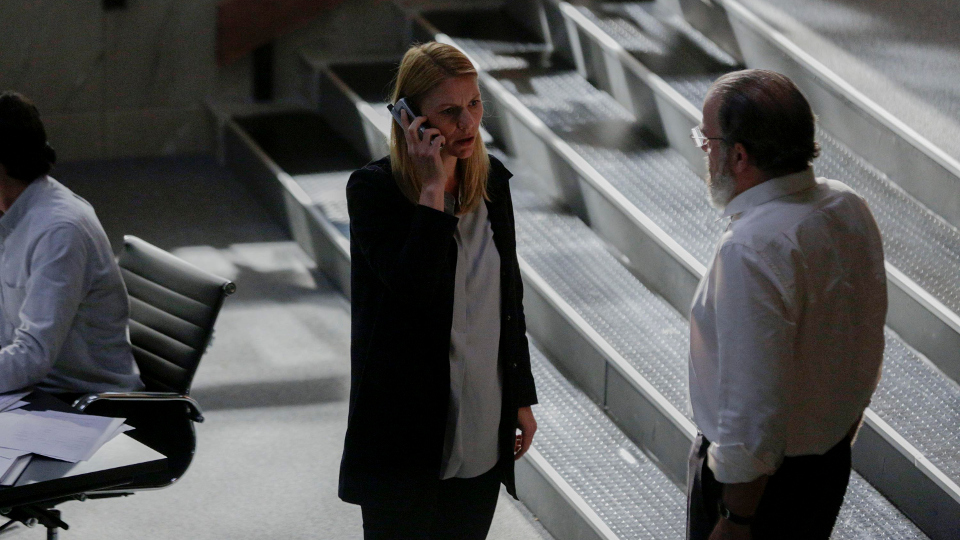 Carrie (Claire Danes) overheard staff at the CIA station analysing her conversation with Yevgeny (Costa Roning). She had a snoop around but was interrupted by military police who escorted her off the premises.

They took her to Bagram Air Base where she was met by Saul. Carrie thought she was about to be sent home but Saul explained the secrecy was because President Warner (Beau Bridges) had taken her advice and was coming. After he landed he thanked Carrie for her time in Moscow and she was a little overwhelmed. Warner travelled by helicopter to a military outpost to announce the new peace deal with the Taliban.

Elsewhere in the episode, Carrie went to the aid of Samira (Sitara Attaie). Samira’s brother-in-law wanted her to go back to her village and marry him. Carrie managed to save Samira before she was taken away.

At the end of the episode, the helicopter carrying Warner crash landed. The escort helicopter tried to get to them but was shot down by Taliban fighters. The fate of Warner and the Afghan President is unknown.

Here’s the synopsis for Homeland 8×05 – Chalk Two Down: