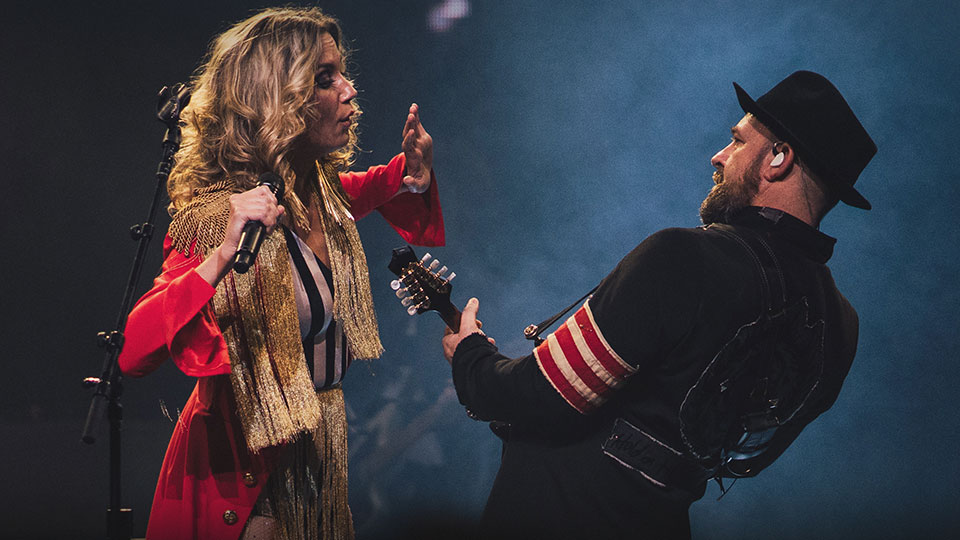 Available now to download and stream, courtesy of Big Machine Records, the EP was recorded at the duo’s Bridgestone Arena headline show in Nashville. It features three tracks including On a Roll, Bigger and Babe, all of which featured on their most-recent album Bigger.

The full track listing for the EP is:

Sugarland are currently back in the studio working on new music, which is due for release later this year.

This summer, Sugarland will embark on their There Goes The Neighborhood Tour 2020. They will be joined by special guests Mary Chapin Carpenter and Tenille Townes as well as Danielle Bradbery on select dates. The run kicks off on 4th June in Toronto and will travel through 26 cities in North America.

Over their career to date, Sugarland have sold nearly 10 million albums, earned seven number one singles and amassed more than 600 million on-demand streams. They have won five consecutive CMA Awards for Vocal Duo of the Year (2007-2011), five ACM Awards (including Song of the Year and Single of the Year) and Grammy Awards for Best Country Performance by a Duo or Group with Vocals and Best Country Song for Stay.