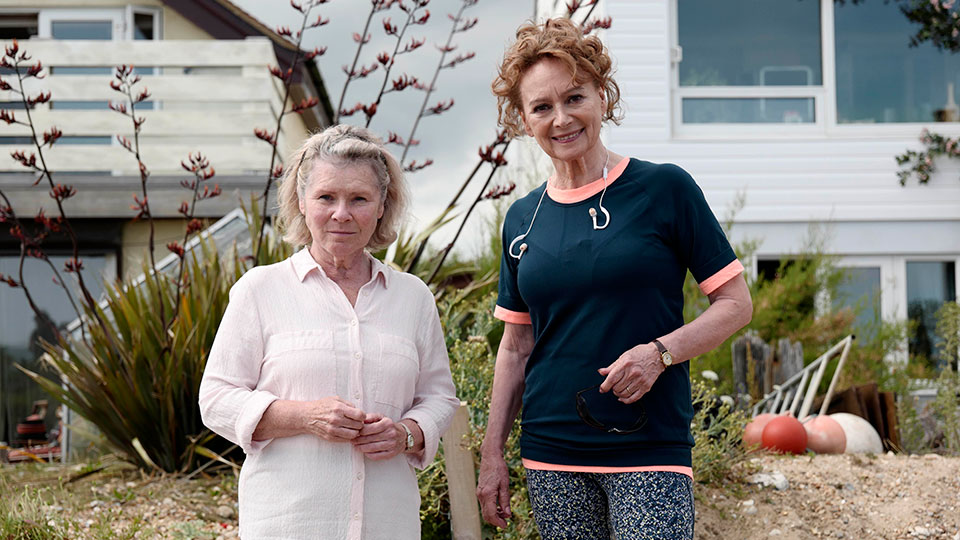 Flesh and Blood continued on ITV last night and the mystery continued to deepen.

Ahead of tonight’s penultimate episode of the series, we’ve got our hands on a clip. Mark (Stephen Rea) tries to create some boundaries with next door neighbour Mary (Imeldea Staunton) by putting a fence between their properties. Watch the clip below:

In the second episode Vivien (Francesca Annis) continued to be swept up by her new lover Mark (Stephen Rea) and she impulsively married him while they were on holiday. The news didn’t go down well with the kids and the end of the episode saw the expensive car Mark bought Vivien, up in flames.

We’re still scratching our heads as to the identity of the person involved in the potential tragedy. It does seem clear though that Vivien isn’t making very good decisions, being far too easily influenced by Mark.

Read our full recaps for Flesh and Blood episode 1 and episode 2.

Flesh and Blood continues tonight at 9pm on ITV.

In this article:Flesh and Blood