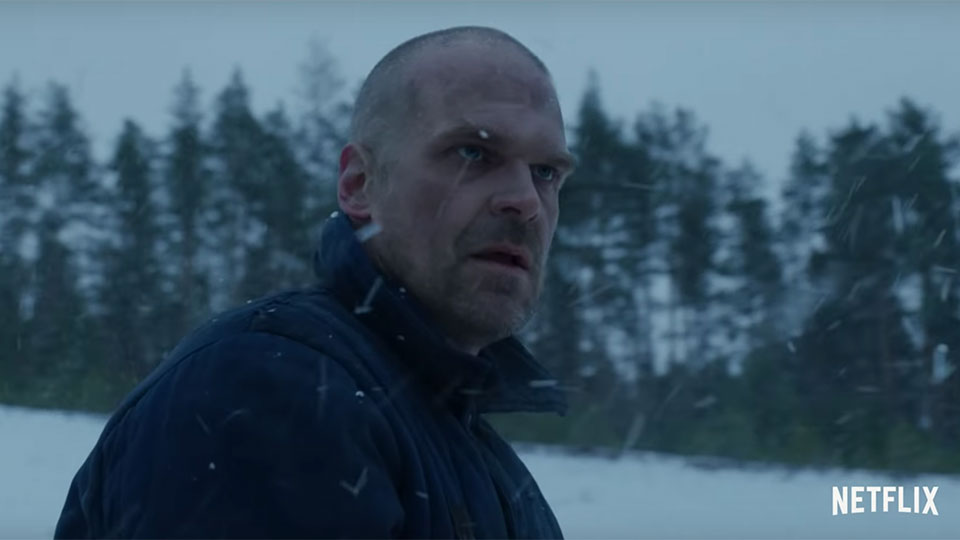 If you were worried about the fate of Hopper (David Harbour) following the end of season 3 of Stranger Things, you can now rest easy.

Even though it looked like the character had met a grim fate, a new teaser for season 4 reveals that he’s alive and well… and in Russia! Watch the video below:

The video shows Hopper being held prisoner by the Russians and fans can see him doing manual labour, before revealing he’s alive and looking a bit different.

The confirmation of Hopper’s fate comes as season 4 starts production. The show creators, The Duffer Brothers, have released the following note:

We’re excited to officially confirm that production on Stranger Things 4 is now underway – and even more excited to announce the return of Hopper! Although it’s not all good news for our “American”; he is imprisoned far from home in the snowy wasteland of Kamchatka, where he will face dangers both human…and other. Meanwhile, back in the states, a new horror is beginning to surface, something long buried, something that connects everything…

Season 4 is shaping up to be the biggest and most frightening season yet, and we cannot wait for everyone to see more. In the meantime — pray for the American.

From Russia with love,

Stranger Things season 4 is due to arrive later this year and you can watch the first three seasons on Netflix now.

In this article:Netflix, Stranger Things