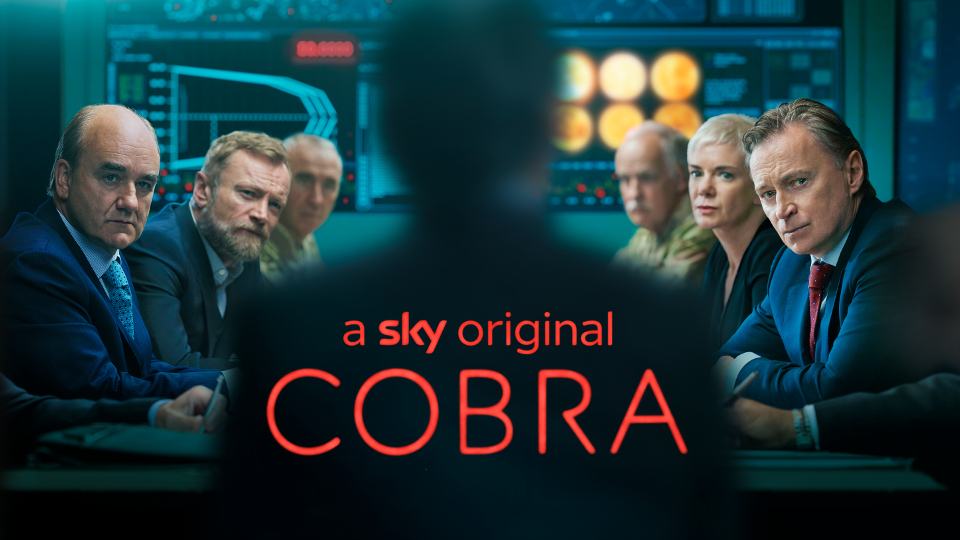 Sky have announced that they have renewed COBRA for a second season. The first series is one of Sky One’s most successful drama series in recent years, with a cumulative launch audience of 2.2 million. It is also one of Sky’s most rapidly binged box-sets.

In the second series, in the aftermath of both solar and political storms, Prime Minister Robert Sutherland (Robert Carlyle) attempts to steer the country on a more even course. He is assisted, as ever, by his loyal Chief-of-Staff Anna Marshall (Victoria Hamilton), alongside a team of dedicated advisers.

An assassination on British soil, however, unleashes a chain of events that threatens to develop into a crisis even more serious than the one from which the country has recently emerged. An apparently invisible global enemy, not playing by the rules and operating outside national boundaries, appears to be bent on our destruction and nobody really knows who is friend and who is foe.

“I’m absolutely delighted by the audience reaction and success of Cobra. I look forward to season 2 and welcome the chance to play the PM Robert Sutherland once again.”

Written by Ben Richards, COBRA 2 was commissioned by Sky Studios’ Director of Drama, Cameron Roach and Zai Bennett, Sky’s Managing Director of Content and will be executive produced by Gabriel Silver for Sky Studios. The series will be produced by New Pictures and the executive producers include Charlie Pattinson, and Ben Richards. Joe Donaldson is the producer. Cobra S2 will be distributed by NBCUniversal Global Distribution on behalf of Sky Studios.

COBRA 2 is expected to be comprised of six 60 minute episodes and will be available on Sky One and NOW TV.