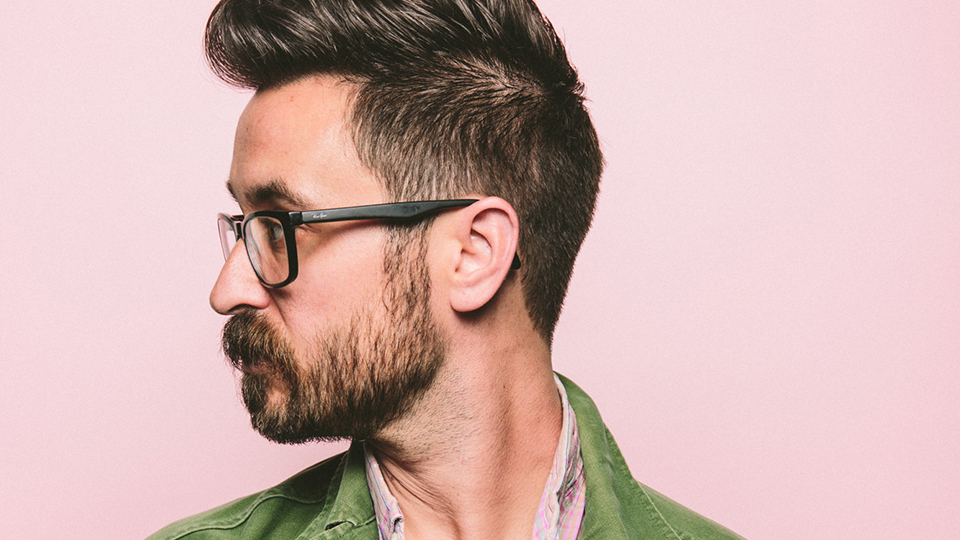 Singer-songwriter Sean McConnell has been on my radar for a good few years now. His 2016 self-titled album was the one that drew me in but it was his 2019 record Secondhand Smoke that turned me into a fan. At a time when musical genres are blurring more than ever before, and Country music is heading in a dozen different directions, Sean’s music is a reminder of just how powerful good storytelling is. He doesn’t need flashy production or gimmicks to grab your attention, he does that with his remarkable voice and lyrics. Following on from his performance at The Long Road and his support slot on Ashley McBryde’s tour in September, Sean is now in the midst of a headline tour.

Last night he arrived in London to perform at the iconic St Pancras Old Church and it soon became clear that Sean and the venue were a very good match. Supported by Garrison Starr, his bandmate in new side project My Sister, My Brother, Sean kicked off his set around 8.45pm. He launched straight into Shaky Bridges, one of the standout tracks on Secondhand Smoke, and he immediately brought the audience to complete silence. For once at a gig, there was no chatter and everyone was just paying close attention. It still amazes me every time I see Sean live that he possesses the voice he does. It’s so powerful and so full of soul. You can almost see it rising out of his chest and it’s an almost spiritual experience.

Between songs Sean chatted and joked with the audience. He shared that Secondhand Smoke is a song that came to life while recording himself singing in the car and before performing Best We’ve Ever Been, he quipped that he had only two happy songs so he’d be spacing them out so the audience don’t feel too much happiness at once. Sean’s version of Mercy, a song he co-wrote that became a number one hit for Brett Young, took on a different feel with his gut-wrenching vocals driving the melody. I almost wondered why he didn’t keep the song for himself.

In the middle of the set Sean was joined by Garrison to sing two My Sister, My Brother songs from their upcoming EP. Despite the other member of the band, Peter Groenwald, being absent the two sounded fantastic. Nothing Without You and current single Don’t Know How To Love You showed how Sean and Garrison’s voices were meant to sing in harmony. They were so in tune with one another and the moment felt incredibly special.

In the second half of the set Sean reflected on his upbringing on the rousing Queen of St Mary’s Choir, unleashed the full range of his jaw-dropping voice on the outstanding Save Our Soul, and contemplated life’s twists and turns on I Could Have Been an Angel. For Greetings From Niagara Falls, Sean unplugged his acoustic guitar and stepped into the aisle between the audience. He sang the song without a microphone and it was yet another moment to savour in what had already been a magnificent show.

With thunderous applause demanding an encore, Sean came back to sing Holy Days before ending with Everything That’s Good, a song about his daughter. You couldn’t help but feel deeply moved as his passion was conveyed in every little and every strum of the guitar. I was misty-eyed by the end and overwhelmed by just how moved he’d made me feel with his lyrics, his voice and his talent.

After seeing Sean do a headline set, I feel worried that everyone else is going to discover him and these intimate experiences may not come around again. It’s a selfish concern to have but at the moment, he’s one of the Country genre’s best-kept secrets. Of course I wish him to go on to have huge success but while we have him in venues this intimate, I’ll be making my way to as many shows as possible because Sean’s talent is something that needs to be witnessed to be fully believed, and in venues like this it’s a really special treat.