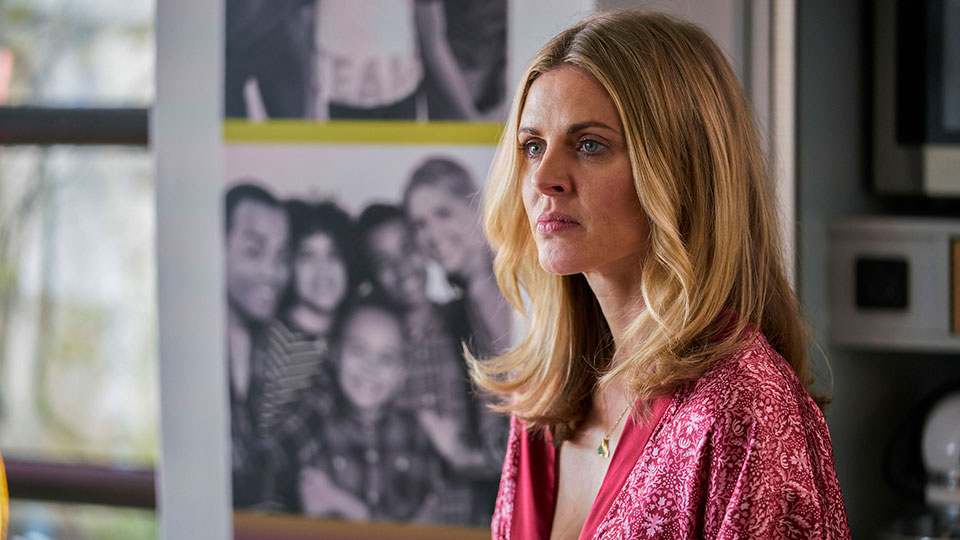 The Split kicked off its second series tonight with a very juicy opening episode.

In episode 1 Hannah Stern (Nicola Walker) hadn’t forgiven her husband Nathan (Stephen Mangan) for his past indiscretions and she continued her secret affair with Christie (Barry Atsma). As she was dealing with the stress of her personal life, Hannah met new client TV presenter Fi Hansen (Donna Air) who needed her help.

Elsewhere in the episode Hannah, Nina (Annabel Scholey) and Christie negotiated the new world order of Noble Hale Defoe, Ruth (Deborah Findlay) came to terms with a different pace of life, and Zander (Chukwudi Iwuji) introduced an unsettling new colleague to the firm.

Hannah (Nicola Walker) feels increasingly stressed by the double life she is leading with Christie (Barry Atsma) – as Nathan’s (Stephen Mangan) suspicions are raised.
Hannah’s absence at home starts to affect the children, who need their parents’ attentions more than ever.

At work, Hannah deals with a divorce petition for the wife of a romantic novelist, and begins to equip Fi Hansen (Donna Air) for her separation from husband Richie (Ben Bailey Smith), negotiating a complex case within the midst of a media storm.

Meanwhile, Rose (Fiona Button) deals with the devastation of her miscarriage, Nina (Annabel Scholey) comes to terms with her surprise pregnancy, and Ruth (Deborah Findlay) reconnects with someone from her past.

The Split series 2 continues at 9pm Tuesday on BBC One. Preview the episode with our gallery below: