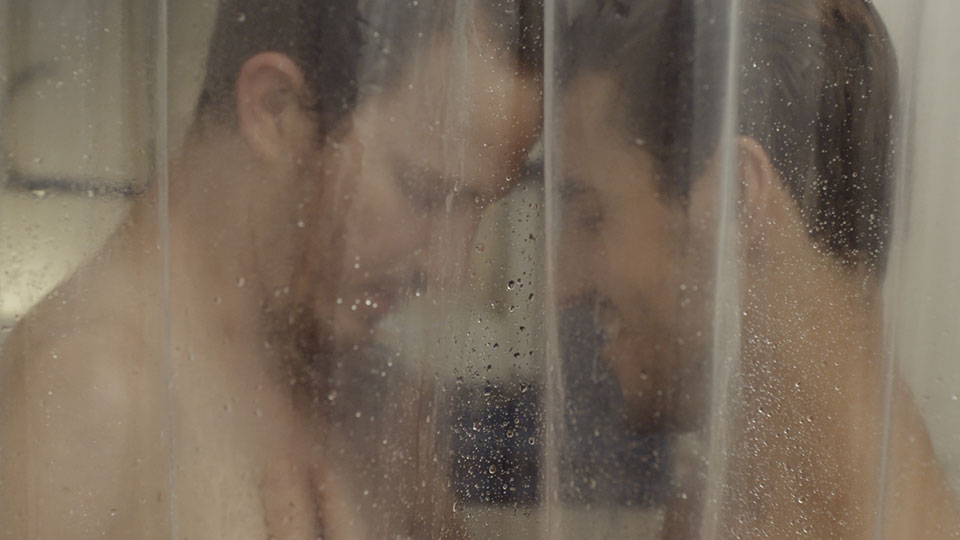 The Israeli Boys is the latest instalment in NQV Media’s shorts series that takes in various parts of the world. Following on from The Danish Boys and The Latin Boys, The Israeli Boys features six shorts from Israel that show the different sides of queer life in the country. The release serves as a showcase for the talent both in front of and behind the camera, highlighting emerging film-makers that could very likely go on to bigger and better things.

It’s a strong start to the collection and wildly different from the next short A Trip to the Desert. Openly gay Lior (Lior Haen) and his religious friend Elad (Elad Herman) are forced to confront their differences when Yossi (Yossi Maman) disappears during their trip to the desert. Despite having been friends for years, the two learn that their outlooks on life are very different, and in many ways completely incompatible. This short was quite moving, exploring the conflict that religion and sexuality has, and the impact it can have on friends.

The collection’s third short Rubber Dolphin, directed by Ori Aharon, takes place in Tel Aviv where two men have decided to hook up. Their connection is intense and instantaneous but as they spend the night together, their wants and sexual needs cause friction with one of the men wanting to have unprotected sex and the other wanting to be the top. Aharon captures the awkward feeling of an encounter that happens without little thought going into it, and it explores the problems that quickly arise.

The first three shorts are the strongest on The Israeli Boys. I found the final three to be very mixed. Stav, by director Michael Haggiag, focuses on a woman trying to find a teenager she’s responsible for who is selling himself on the streets, After His Death, by Lior Soroka, finds a woman meeting the man her late father had an affair with, and Leave of Absence (Shabaton), by Moshe Rosenthal, puts a middle-aged teacher in the midst of his beautiful young students for one very strange evening. All three shorts are enjoyable enough but for me they lacked the impact of the first three.

The Israeli Boys isn’t the strongest shorts collection to come from NQV Media. While it certainly has its moments, it doesn’t feel quite as cohesive as the previous releases. On the plus side it’s fascinating to get a look into Israeli culture and there’s no denying there’s plenty of talent on display here. If you’ve enjoyed the other releases, you should definitely check this one out and the first three shorts are definitely worthy of your time.

In this article:NQV Media, The Israeli Boys