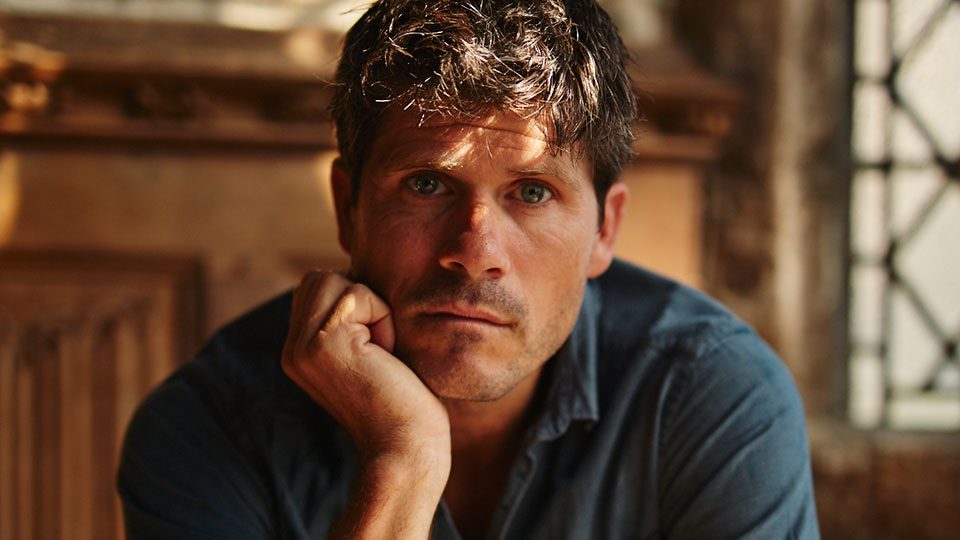 The arrival of a new Seth Lakeman album is always cause for celebration but it’s also typically a history lesson with depth and plenty of nuance. 2018’s The Well Worn Path was a side-step into a more prog-rock approach to his unique and distinctive brand of folk, influenced by touring with Robert Plant and the Sensational Space Shifters. For his latest release, A Pilgrim’s Tale, Lakeman has crafted a concept album around the Mayflower, an English ship that transported the first English Puritans, known as the Pilgrims, from Plymouth to the Americas in 1620.

A Pilgrim’s Tale is narrated by Paul McGann, who reads the words of Nick Stimson, linking each song to the next and setting the context. Those that aren’t familiar with the history of the Mayflower will be grateful for the audio guidance and it certainly marks this project out as something quite different than what Lakeman has done before. Opening with Watch Out, the album gets off to a moody and atmospheric start and it features Lakeman’s sister-in-law Cara Dillon on backing vocals.

The album is a return to Lakeman’s roots in many ways. The arrangements here are simpler, yet no less effective, than those on his more recent records. A mixture of original material and traditional songs, the collection aims to take you on a journey and it succeeds. The achingly beautiful Westward Bound allows Lakeman’s voice to drive the narrative, alternating with furious viola and backing vocals from his father Geoff. The more uptempo Sailing Time captures the excitement of the Pilgrims as they begin their trip while Dear Isle of England tries to offer the perspective of the Wampanoag people as the Mayflower arrives and the people on board look to make the land their own home.

The second half of the album explores how the Pilgrims aka the settlers, fared alongside the Wampanoag people. Saints and Strangers explores how they pillaged the stocks of the Wampanoag and stole artefacts from the graves of the dead causing distress and anger, whereas Bury Nights tells of William Bradford, the Governor of the Plymouth Colony, after a number of his people perished during the winter. The album closes with the Mayflower Waltz, where Bradford tells the settlers they will flourish in their new home. The instrumental is a beautiful way to finish the record and one of the finest moments.

Perhaps one of the problems with A Pilgrim’s Tale is that it’s not really an album you can dip in and out of. You have to listen to these 12 songs from start to finish to understand the whole story, and not doing so will leave you a little cold. As someone who is a fan of the album format, I applaud Lakeman’s bravery in doing something that puts emphasis on the listener actually listening to the entire body of work, rather than skipping to the best tracks.

A Pilgrim’s Tale is a strong release from Seth Lakeman. After all these years, he’s still very much at the top of his game. He deserves way more recognition than he often gets from the folk scene and this album is so layered, it’ll take plenty of listens to fully appreciate it. Lakeman has steeped his work in so much history and it’s a complete delight to work through it and hear the stories he has to tell.