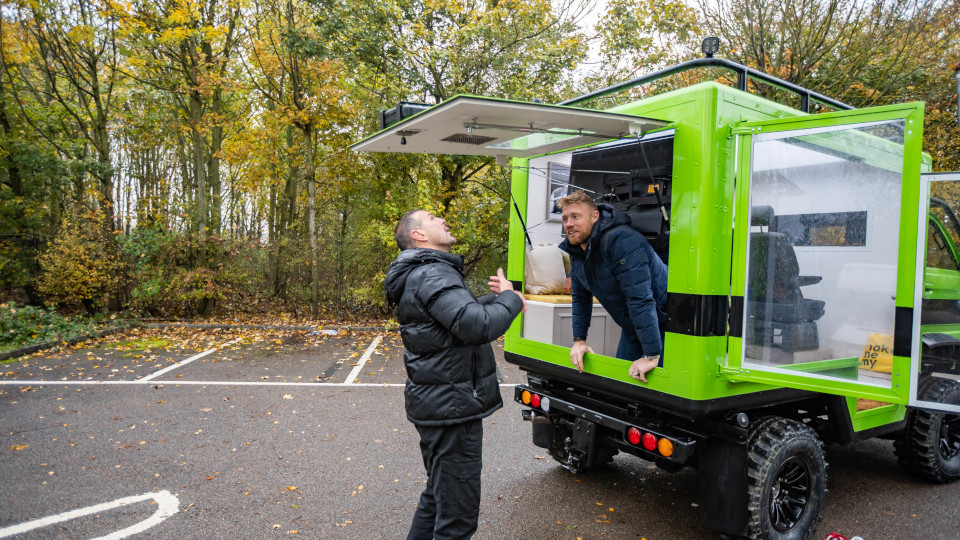 In the most recent episode of Top Gear, we saw Paddy McGuiness accept the challenge of creating an affordable off-road vehicle that could compete with the new up to £70,000 Land Rover Defender. It’s clear from the results that what goes on inside the man’s brain might not be the same as everyone else. His ideas gave birth to the Dirty Rascal which comes in at around £7,000.

The Dirty Rascal is a mash-up of a Bedford Rascal Van and a Daihatsu Four Track and this combination is, if anything, rather interesting. In a new video Jack Rix, Deputy Editor of Top Gear Magazine, gives a more detailed tour of the insides of the Dirty Rascal showing off some of its more unusual features.

The front end is very much a basic Rascal, it’s in the back where things get a bit unusual. The rear of the Dirty Rascal is equipped with a TV, sweet dispensers, a brew making machine, a small sofa, a fold-out shower and an office chair to mention but a few. One side of the van has been glazed and the entirety of this side can be opened up so you can soak up the views where ever you’ve decided to park up.

During the episode, the Dirty Rascal was put through its paces at the Millbrook Testing Grounds and also faced a real-life challenge across the Scottish Highlands racing against a squad of ex-special forces soldiers who are on foot.

If you’ve missed any of the recent episodes you can still catch them on the BBC iPlayer.