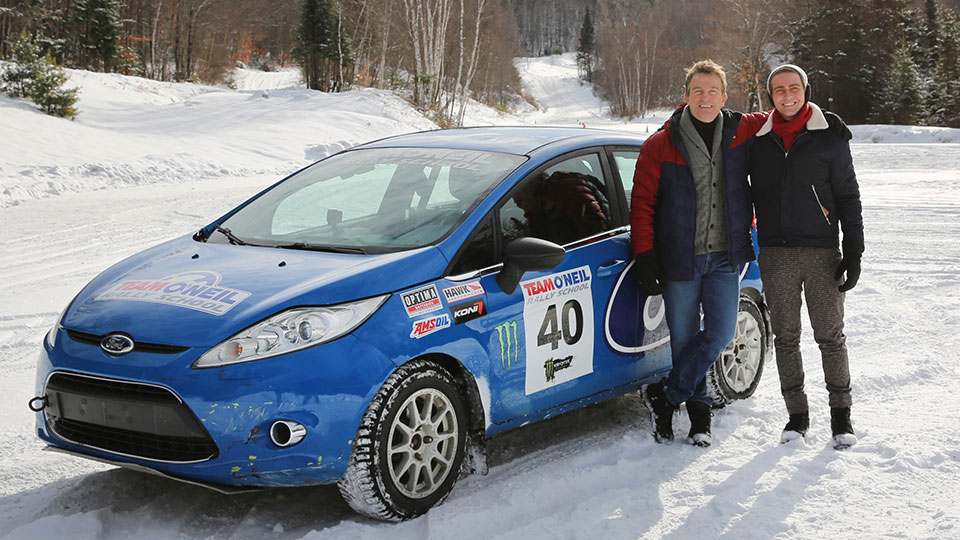 The latest series of Bradley Walsh & Son: Breaking Dad comes to an end next week.

In episode five, Bradley was recovering after his rodeo injury and he headed to Niagara Falls with Barney, who was celebrating his birthday in the heavy snowfall. The duo then went towards the Canadian border to Lake Placid in Upstate New York where they visited the 7000-seater Herb Brooks Arena, where the USSR took on the USA in a showdown known as The Miracle on Ice.

Barney told Bradley that they were supposed to be taking to the ice with local team Northwood Boys but he didn’t think they’d be able to due to Bradley’s injury.

Bradley said: “We can still go on the ice Barns, I’ve always wanted to play in an ice hockey match. Look at the kit, it’s really cool!”

Barney isn’t convinced: “No, Absolutely not. You are literally walking like a Grandad, you can’t go on the ice. Somebody tell him! Mum’s gonna kill me…”

Bradley ignored his son and took to the ice before the father-son duo headed to Vermont where they stayed at the Von Trapp Family Lodge. They spent an evening drinking beer with Maria Von Trapps’ grandchildren and the next day went snow biking in the mountains.

They attempted to do some dangerous ice climbing but Bradley pulled out halfway up. To round out the episode they went dog sledding in the snow.

In episode six, Bradley and Barney continue through the snow to New Hampshire where they try rally driving, before finishing their trip with wilderness training and lobster fishing in the sub-zero temperatures of Maine.

Bradley Walsh & Son: Breaking Dad continues at 8pm Wednesday on ITV. Preview it with our gallery below: