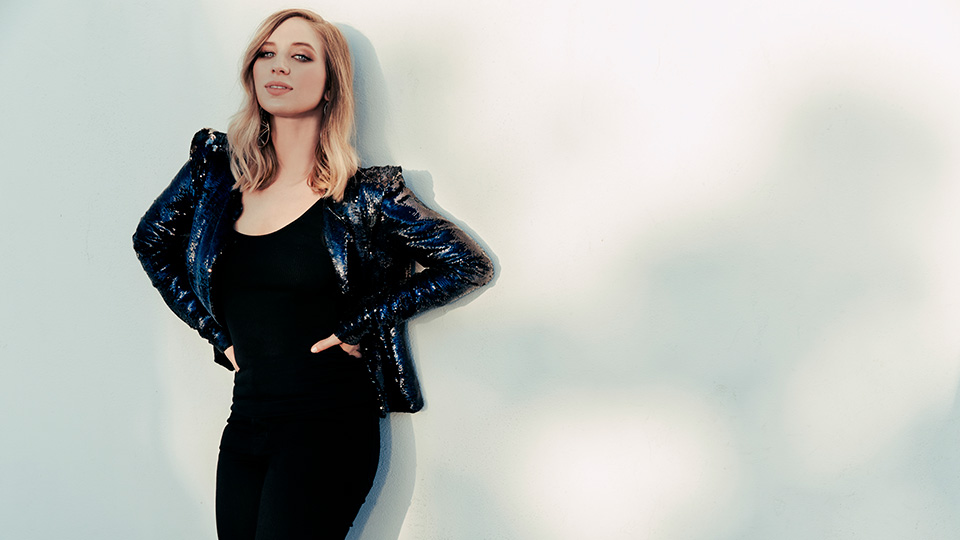 It’s safe to say that 2019 was a breakthrough year for Olivia Lane. The Houston-born, Nashville-based singer-songwriter released her latest EP, The One, in August to rave reviews, as well as appearing on NBC’s Songland in the US, winning over fans and critics alike with her finely crafted songs influenced by artists including Carole King, Frank Sinatra and Shania Twain. Now, after her first headline tour in the UK last year, she’s back on this side of the Atlantic, kicking off her latest run with a show at The Grace in London.

Accompanied by her bandmates – guitarist Tim and drummer Nico – Lane arrived on stage shortly after 9pm and kicked off her set with The Cape, from her 2019 EP The One. It’s an upbeat track with a light, pop-influenced melody that shows off her sweet, distinctive vocals really well, particularly on the soaring chorus. She burst into yells and whoops towards the end of the song and her sheer joy at being back in the UK was absolutely infectious.

As well as performing songs from across her back catalogue, Lane also threw a couple of covers into her set, including an impromptu rendition of Whitney Houston’s I Wanna Dance With Somebody in homage to bandmate Tim’s T-shirt. She also mixed up 90s classic Kiss Me (originally by Sixpence None The Richer) with her own wistful, folk-influenced song Friends Don’t, and combined Imagine Dragons’ Make Me A Believer and her own new song, Living Instead. The latter track, which Lane introduced with a very open and honest discussion about her past experiences, was one of the standout moments of the show for me. Its swampy groove and sharp drums contrasted really well with her vocals and I loved the powerful message and Lane’s quickfire delivery in the verses, as well as her impressive vocal runs. She could be seen throwing her head back as she rocked out performing the song and it was great to see her enjoying herself.

Living Instead wasn’t the only new song in Lane’s set, however. Same Old Story – due for release this Friday – was a self-described love song, which Lane introduced by talking about the challenges she faced last year and her determination to keep believing in love. It had a lovely heartfelt, dreamy quality about it and you could see Lane getting lost in the music as she performed it, before the melody picked up on the second verse. Meanwhile, Chalk Line wouldn’t have sounded out of place in an 80s teen movie, with its fun, playful feel, thrashing drums and classic rock and roll vibes.

That said, there was plenty of music from Lane’s previous releases in the show too. The flirtatious, swaggering So Good It Hurts drew huge cheers early on with its rattling guitar flourish finale, whilst Make My Own Sunshine saw Lane rapping and brought out the soulfulness in her voice and Quarter Life Crisis had a great singalong chorus and joyfull feel about it. Meanwhile, Devil And You saw Lane bring out some darker vibes as she delivered an expressive performance, throwing her hands up in the air and tossing her head back.

One thing which really stood out to me about Lane’s performance was just how incredibly warm and engaging she is on stage. She bantered with her bandmates, invented impromptu songs about shots and cracked self-deprecating jokes, but also spoke incredibly openly about her journey to this point in her career and the hardships she’s been through along the way such as losing her voice and going through therapy. As a result it was really easy to warm to her and, when coupled with her expressive performance style, made her incredibly likeable as well.

For me some of the standout songs were the slower numbers. The vulnerable, introspective Hey 3AM really put the emphasis on Lane’s vocals and got the crowd singing along with its optimistic message, drawing the biggest cheers of the night, whilst Perfect Skin – the track she pitched to Leona Lewis on Songland – was a piano-led track with an empowering message and an incredibly moving delivery. Lane hit some big notes towards the end of the song and her performance was absolutely full of conviction.

Lane closed her set with a rendition of You Part 2, which took her back to the poppy vibes from earlier in the performance and saw her produce a sassy, confident performance complete with sarcastic eye rolls and fiery lyrics, before she sang You Got Me. It’s the song that made her come to the UK in the first place after she saw how much fans here loved it, and for me it really summed up her whole show – strong vocals that made the room feel much bigger than it was, conveying a positive message through an anthemic chorus over shimmering effects and a piano-led melody, and mixing in a bit of classic rock vibes (in this case a snippet of U2’s With Or Without You) as the crowd clapped along before bursting into cheers and applause at the end.

Overall Olivia Lane showed why she’s been winning over fans in the UK with another great headline performance. With excellent vocals and a nice balance of sweetness and richness, a strong blend of country and pop sounds, top-quality songwriting and an incredibly entertaining stage presence, it all added up to a fantastic showcase for her talents. The new music showed off some different sides to her and I personally can’t wait to hear more. At the end of the show she spoke passionately about her love for the UK, saying, ‘I just gotta keep coming back over here’. Based on this show, it won’t be long before she’s back…

See Olivia Lane live on tour in the UK this February: