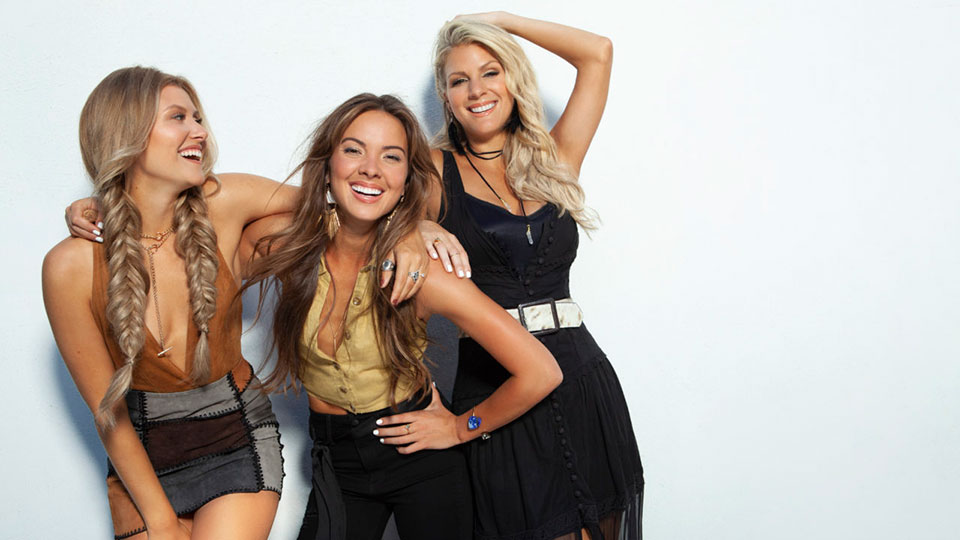 One of the breakout acts of C2C: Country to Country 2019, Runaway June are back this year and they’ve earned themselves a promotion.

Last year the trio – Naomi Cooke, Hannah Mulholland and Jennifer Wayne – performed on the Spotlight Stage and across the pop-up stages throughout The O2. This year they’ve graduated to the Main Stage and they’ll be opening Day 2 in London.

Signed to Wheelhouse Records, an imprint of Broken Bow Records, Runaway June were nominated for an ACM Award for Best New Vocal Group in 2018. For a large portion of 2019 they toured with Carrie Underwood on her Cry Pretty Tour 360 and in June they released their debut album Blue Roses.

In September their single Buy My Own Drinks became the first Country Airplay Top 10 hit from a female group since 2005. If that doesn’t tell you they’re fast on the rise, then we don’t know what does!

To date the band has released four singles – Lipstick, Wild West, Buy My Own Drinks and Head Over Heels – and 2020 is looking likely to be an even bigger year for the band. Their diary is full of live shows across the year and we wouldn’t be surprised if some new music makes it way to our ears too.