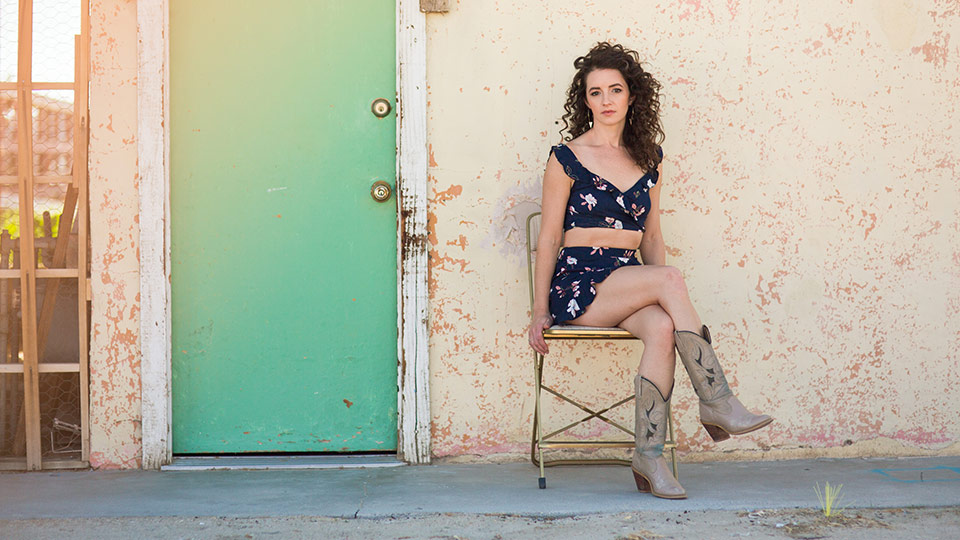 The Americana scene in the UK continues to go from strength to strength, and its flagship event is AmericanaFest UK. Now in its fifth year, the event, which is organised by the Americana Music Association UK, features two days of talks and events as part of its annual conference, and culminates in the glittering UK Americana Awards. However, the part of the event which draws many fans is the showcases, which this year saw 75 artists from around the world take over six venues across Hackney in east London.

Kicking off the evening were duo O&O, performing at new venue Hackney Church Brew Co. Their 1960s-influenced style on songs such as Coming Over and the bright, laid Some Days, with its big singalong chorus, drew plenty of fans to come and watch, whilst slower numbers like the lilting I Miss You The Same showed off their lush harmonies. It was also fun to see a little of their rockier side on the uptempo Here We Are – which they mixed with Fleetwood Mac’s classic Dreams – and new song Dancing On The Floor.

Over at Paper Dress Vintage, Norwegian quartet Darling West proved to be one of the surprises of the night, with their mixture of stomping, bluesy numbers like Don’t Turn Away and the atmospheric Dream Keeps Rolling On. From how they commanded the stage and interacted with the crowd, you’d never have guessed it was their first London show! However, what brought it all together were their stunning harmonies, which were showcased to perfection on What Loneliness Feels Like. They also treated us to some track from their new album, We’ll Never Know Unless We Try, including the pop-influenced Make It Last and the funky Can’t Help It.

Sadly The Secret Sisters had to cancel their planned appearance due to illness, so we took a quick break before heading back to Hackney Church Brew Co for a pint of their dark ale and to watch Roseanne Reid. The Scottish singer-songwriter released her debut album Trails last year, and she showed off her husky vocals and skilled guitar playing on tracks including Amy and the folky, moving It Is You, chatting and joking with the crowd in between. She also showcased some of the songs from her upcoming second LP, including the heartfelt Call It Love, the delicate, open What Constitutes A Sin, and the hopeful Couldn’t Wish More.

We’re huge fans of Michaela Anne and her latest album Desert Dove here at Entertainment Focus, and her set at Oslo Hackney was one of the highlights of the evening. It was full of dreamy 70s California vibes on tracks like the shimmering One Heart, which emphasised her sweet rich vocals, as well as the Eagles-esque Child of the Wind, the cinematic You And Me and the uptempo, sassy If I Wanted Your Opinion. However, the standout song of her show – and possibly the whole night – was Desert Dove, with its Wicked Game-like intro, vivid details and bittersweet storytelling. She hit some huge soaring notes towards the end and sounded absolutely beautiful throughout.

Ilse DeLange is an absolute legend in the Americana scene, and it was no surprise that the Empire Bar was packed to capacity for her performance. She had a lovely warmth about her vocals on songs such as Can’t Get Back To Yesterday, whilst Always Been was full of conviction and edge. Meanwhile, the punchy No End In Sight saw her deliver some fiery yells and great energy against thumping drums and rattling guitar, and the sparse Where Dreams Go To Die saw her hit some big notes, showing off her incredible control. She even encouraged the crowd to sing along with her on Calm After The Storm, which placed at Eurovision 2014 with her band The Common Linnets. After raucous demands for one more song from the crowd, she happily obliged with the gorgeous ballad Love Goes On, inspired by her father’s passing. It was full of love and affection and I’m pretty sure I wasn’t the only one in the audience who shed a tear.

Finally, Chatham County Line rounded out the evening at Oslo Hackney. They finished the showcase on a high, keeping the crowd’s energy up with their traditional sound and solid harmonies. Songs like the lively Queen Anne’s Gold were full of narrative and showed why they’ve become so well-loved by fans in the UK and US alike.

Overall the Americana Music Association UK delivered another absolute triumph of a showcase, highlighting the very best talent in the genre from around the world and giving fans the opportunity to see iconic performers along new rising stars. They always bring us plenty of surprises and amazing artists, and I can’t wait to see what they’ve got in store for year six already. Bring on 2021!