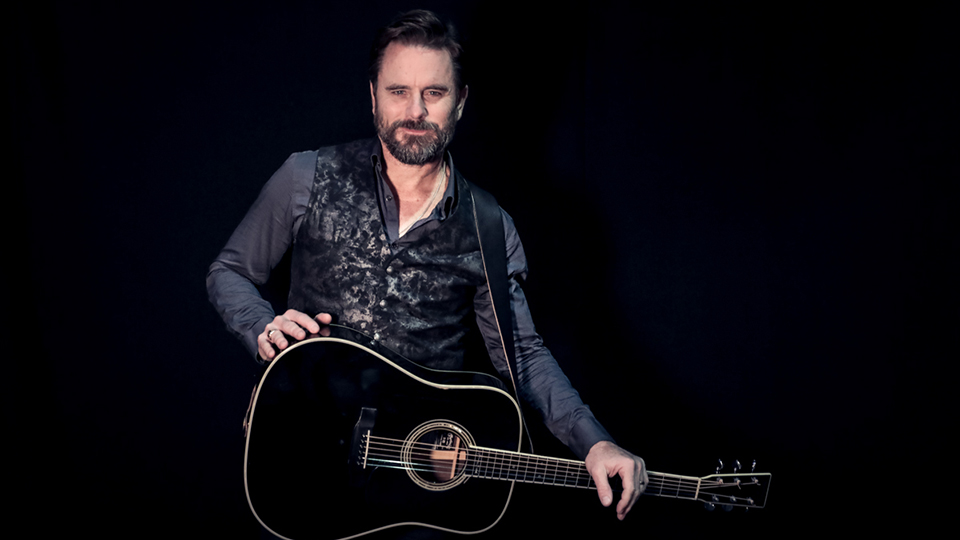 Charles Esten is best-known in the UK for his role as Deacon Claybourne in the long-running music drama Nashville, which came to an end in 2018.

During his time on the show, Charles recorded a lot of music for his character and plenty of music for himself. He entered the Guinness Book of World Records for his Every Single Friday releases that spanned a total of 54 weeks.

Now that Nashville is over, Charles has been prioritising coming to the UK. He was here in January 2019 for an acoustic tour with The Adelaides as support, and he returned to close out Country Music Week with a headline show at the Royal Albert Hall, where he was once again supported by The Adelaides.

Of course Charles has built his fanbase here in the UK over a number of years. Not only did he live here earlier in his career when he was playing Buddy Holly on the West End, he came back frequently with the Nashville cast to tour starting off in theatres and graduating to The O2 Arena.

Charles’ latest single release is the insanely catch A Road and a Radio and he’s been promising that he has lots of new music ready to release. Could 2020 finally be the year that we get a full album?

As a live performer, Charles is one of the finest of any genre. He always bring a high energy show and every time he returns to the UK his fanbase grows even more. At this year’s C2C: Country to Country, he’ll be the second act on the Mainstage on the Friday and we think he’s going to be one of the festival’s big surprises.

C2C: Country to Country takes place at The O2 in London from Friday 13th to Sunday 15th March 2020. For information and tickets visit https://c2c-countrytocountry.com.