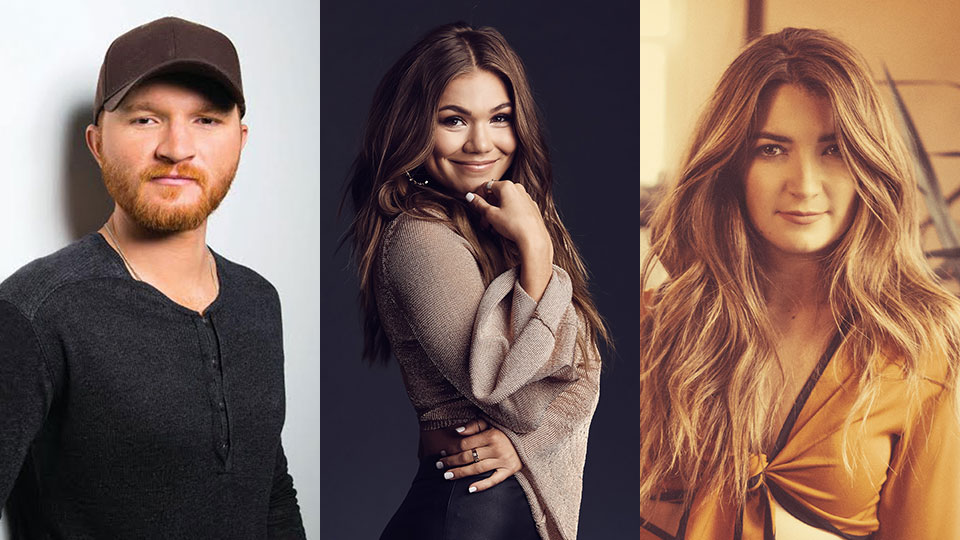 Quite possibly the hardest slot to get right at C2C: Country to Country is the Main Stage opener on the Friday.

Friday is always the quietest of the three days with many fans coming down later in the day once they finish work and travel to The O2 Arena. This year the festival is trying something different and opening the weekend with a writer’s round style show.

The announcement raised some eyebrows with many wondering how well an acoustic show will work inside the large arena. While we may have our own concerns about it, we should feel safe in the knowledge that Eric Paslay, Abby Anderson and Tenille Townes are all stellar artists, capable of putting on a decent show regardless of whether they are acoustic or with a full band.

All three artists have visited the UK before so the Introducing Nashville title is a little strange, especially in the case of Eric Paslay who has been here many times, but small quibbles aside, it’s sure to get the weekend off on the right note.

Eric Paslay has one studio album to his name so far, his self-titled 2014 debut, and is best-known for the hit single Friday Night, which came out in 2013. Fans have been waiting a long time for a follow-up and aside from a handful of singles, all we’ve had to sink our teeth into is The Work Tapes EP in 2017 and a live album. Still he’s been here a number of times and has a solid fanbase so we’re sure he’ll be welcomed back with open arms.

Abby Anderson made her UK live debut at C2C last year, where she performed on the Spotlight and pop-up stages. Her big personality, and even bigger voice, went down a storm with songs like Make Him Wait, I’m Good and Dance Away My Broken Heart making a lasting impression. Last year she toured with Matchbox 20 frontman Rob Thomas and released the singles Good Lord and Flowers.

Tenille Townes was in the UK in October for part of Country Music Week, marking her second time in the UK following Country Music Week 2018. In 2019 she performed her debut UK headline show and was part of the Country Hits Radio Daytime Hub at Bush Hall. With a voice unlike anyone else in Country, the Canadian singer-songwriter will release new EP Road to the Lemonade Stand on 7th February and her debut album The Lemonade Stand in Spring.

C2C: Country to Country takes place at The O2 in London from Friday 13th to Sunday 15th March 2020. For more information and tickets please visit https://c2c-countrytocountry.com/.