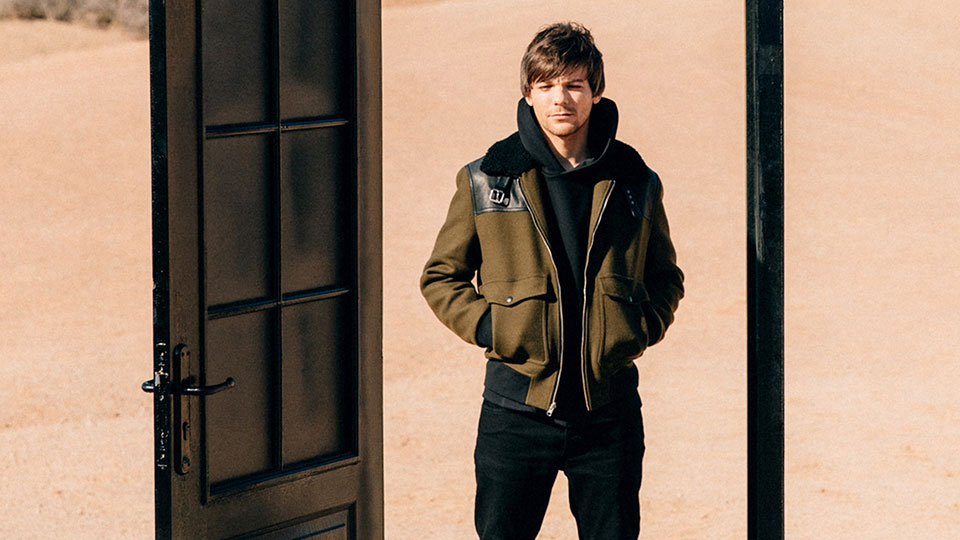 Speaking about the track Louis says, “It’s about coming home having been on tour, soon after the band had split. I found some of my girlfriend’s clothes in the cupboard and it hit me what I’d done. I love the indie sound of the song and its circular nature – it opens and closes with the same lyric.”

“I pretend not to be romantic, but I am,” says Louis. “It really hit home when I was in the studio to hear the strings being recorded. There must have been 25 musicians in there, all for my song. It was a proper tear-jerking moment already and I’ve never felt a shiver like it.”

Walls is taken from Louis’ debut solo album Walls, which will be released on 31st January 2020. The album will feature 12 tracks that dig deep on subjects ranging from relationships and family to the folly of youth and days of self-doubt.

“I feel like this is the start of my career, with so much to look forward to and all the plans in place,” says Louis. “Honestly, I’ve been through every emotion possible in the past few years and come out the other side stronger and more confident than I’ve ever been. I know I’ve made an album that my fans will like, one that sounds like me and has its own identity. There were times I wasn’t sure if this was what I should be doing. Now I can’t imagine doing anything else.”

This year Louis will embark on a 5-date World Tour, his first as a solo artist. The UK dates are:

Advertisement. Scroll to continue reading.
In this article:Louis Tomlinson