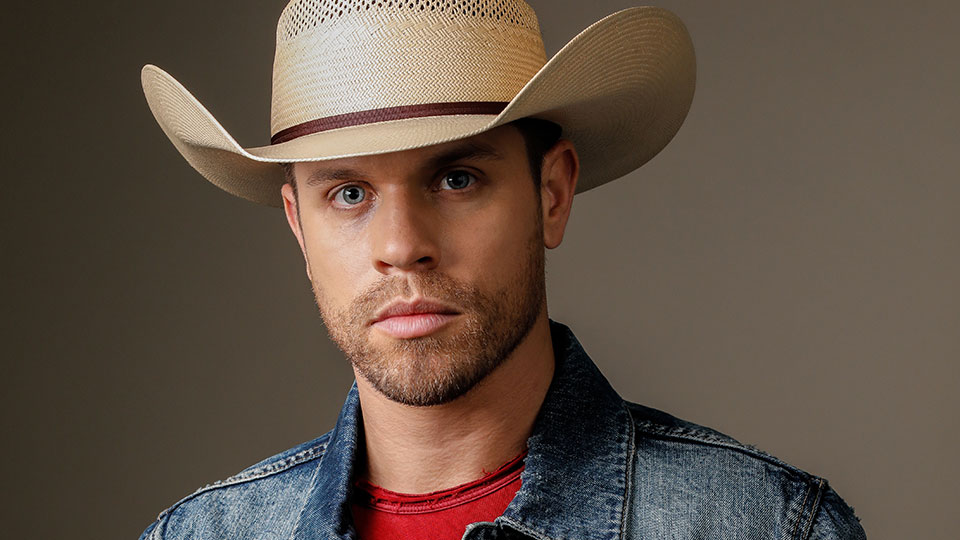 Sometimes an artist completely passes you by until you see them live and you find an appreciation for them that you didn’t have previously. That’s what happened to me with Dustin Lynch. One of the most successful artists of the modern Country generation, Dustin has accumulated 7 number ones since 2012. In that time he’s also released three studio albums, all of which have charted in the Top 10 on the US Country album chart, and two of which have debuted inside the Top 10 on the all-genre US Billboard 200. Despite those achievements, I didn’t really do much digging into Dustin and his music until I saw him performing on the Main Stage at C2C: Country to Country 2019. That was the first moment I understood the hype and he was one of the stand-out performers from the weekend, and certainly the biggest surprise.

Having just notched up his seventh number one with Ridin’ Roads, a song that was originally released in March 2019, Dustin releases his fourth studio album, Tullahoma, today. Fans will already be familiar with almost half of the record as three tracks – Ridin’ Roads, Red Dirt, Blue Eyes and Little Town Livin’ – formed the Ridin’ Roads EP and Good Girl was a number one hit in 2018. Momma’s House, Dustin’s current single, is the album opener and I’m pretty sure it’s going to become his 8th number one. Co-written by rising star Dylan Schneider, the song puts a new spin on a break-up anthem with Dustin singing about wanting to burn down a whole town but stopping short of doing so as his mum lives there.

Tullahoma, named after Dustin’s hometown, feels like an autobiographical collection of songs, which makes it surprising that he’s only had a hand in writing 6 of the tracks. The album has a cohesion that’s lacked on his previous records and sonically it’s much more focussed than 2017’s Current Mood, which saw Dustin at his most experimental. The themes across the songs reflect small towns interwoven with tales of romance and growing up. Dirt Road, co-written by Rhett Akins, is the kind of song that Dustin has nailed over his career so far with a snap track backing the verses and a radio friendly chorus lodging itself into your brain.

Lauren Alaina, who seems to be duetting with everyone at the moment, features on Thinking ‘Bout You and it’s one of the strongest tracks on Tullahoma. It’s clear that Dustin has his eye on another number one and this could perform very well at radio. Clocking in at under 3 minutes, the song breezes by with a soft rock-tinge and a chorus that you’ll be singing after hearing it once. I’ve always said that Dustin is the King of the ear worm, and this song very much supports that theory. That song is followed up by Ridin’ Roads, a track that effortlessly straddles country, R&B and pop. Country traditionalists will moan that Dustin has moved too far into the pop stratosphere but I’d counter that he’s just leading the sound of the modern Country movement.

Elsewhere on the record Old Dominion’s Matthew Ramsey co-writes The World Ain’t Yours and Mine, a song I could very much imagine his own band performing. Dustin makes it fits into his sound and it’s a highlight in the centre of the record. The laidback groove is infectious and the carefree lyrics will resonate with Dustin’s fanbase. Country Star ticks off a few lyrical clichés but it doesn’t matter because the song is really strong. It also fits in with the album’s overall theme so in this context it works. Another highlight is the uptempo Workin’ On You, which has a heightened chorus designed to work at live shows. The banjo riff that runs through the chorus stands out in the production mix as Dustin’s vocals drive the melody.

The final three tracks are ones that fans will already know. Little Town Livin’ borrows Sam Hunt’s speak-sing technique in the verses, Red Dirt, Blue Eyes has a shimmering 80s feel at points and closer Good Girl is a feel-good poppy moment to bring Tullahoma to an end.

Tullahoma isn’t particularly Dustin reinventing the wheel but it does find him leaning harder into the pop Country sound that’s served him his biggest hits. The album is without a doubt his strongest to date and it flows remarkably well. The track list has been expertly sequenced and it feels like a story is told from start to finish. If you don’t like modern Country then you’re not going to like Tullahoma but if you’re open to the wave that’s sweeping the genre right now, you’ll lap this up. For me, it’s a near perfect record that fuses several genres but keeps things distinctly Dustin Lynch.