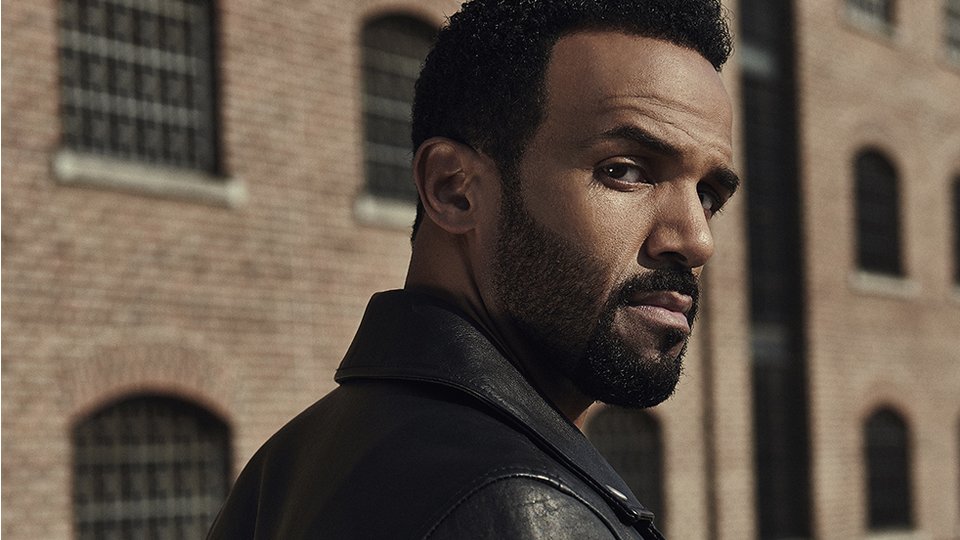 British singer-songwriter Craig David was the star of New Year’s Eve after performing an incredible set on BBC One to mark the celebrations.

As 2020 marks the 20th anniversary of his huge-selling debut album Born To Do It, and with my love of Craig David reinforced after seeing him smash it on New Year’s Eve, I’ve put together my Top 10 of his singles to date.

I thought this would be an easy list to compile but it turned out to be pretty tough. He’s had way more fantastic tunes than I’d realised and as you read through these, know it was an internal struggle to get to this list.

Find out what made the cut…

The fourth and final single from Craig’s debut album Born To Do It, Rendezvous arrived as a single in 2001 and became his fourth consecutive Top 10 hit. The song was certified silver and it’s a fine example of Craig’s ability to find his own niche that sits somewhere between UK and US R&B.

Criticised in some parts for sounding too American, What’s Your Flava was the lead single from Craig’s second album Slicker Than Your Average in 2002. It was his first new music since the release of Born To Do It and it came following his huge success in the US. The track is definitely a departure from the homegrown UK sound of his debut but it was a good progression for Craig.

8. When the Bassline Drops (with Big Narstie)

The song that started Craig’s resurgence, When the Bassline Drops saw Craig team up with Big Narstie in 2015. Recalling his signature sound, the song reminded fans why they fell in love with Craig the first time round and it was refreshing to hear some proper garage music back in the charts.

For me this is Craig’s most under-rated single. One of the few cuts on Slicker Than Your Average that was closer to Craig’s original sound. The breezy R&B jam was perfect for radio and it peaked at number 10 in the charts. Should have been a number one to be honest. Who’s with me?

Rise & Fall came in 2003 as the third single from Slicker Than Your Average and it featured Sting, whose track Shape Of My Heart is sampled in Craig’s song. It arrived weeks before the Sugababes used the same sample but Craig’s song was the bigger hit. One of his most personal, it explored the highs and lows of success and came at the right time in Craig’s career. It also gave him a number 2 hit, his highest-charting since 2000’s 7 Days.

Released in 2016 from Craig’s album Following My Intuition, One More Time continued to reconnect the star with his fans. This is the kind of sound that we’d been hankering for and the modern twist was welcomed. Upbeat, infectious and full of personality, this is Craig at his best. Also that rap… fire!

The third single from Born To Do It, Walking Away was the shift in tempo that showed Craig could tackle a ballad as well as the upbeat garage beat-driven tracks. Showing his sensitive side, the song peaked at number 3 and it’s remained a fan favourite ever since. Craig’s soulful vocal is super smooth!

Should have been a bigger hit! That’s what comes to mind every time I hear this track with Sigala. It’s made a ton of money from sync deals but it should have been a Top 10 smash, easily. The collaboration with Sigala put a new spin on Craig’s garage leanings and it’s his biggest banger to date.

Craig’s second single from Born To Do It and his second number one, 7 Days was a hit in the UK and the US. The acoustic-led R&B rhythm combined with the signature Craig David delivery was a winner and who doesn’t know that chorus? The song has been parodied to death but there’s no denying it’s one of the finest British R&B songs ever recorded.

Craig’s first single proper, following his Artful Dodger collaboration Rewind, Fill Me In hailed the arrival of a real UK star. Leading the UK garage movement, Craig served up a new twist on R&B that hadn’t really been heard in the mainstream before. The song kicked off a wave that saw acts such as the Truesteppers and Mis-Teeq come to prominence. A pure garage classic!

What’s your favourite Craig David song? Tweet us @entfocusmusic and let us know!