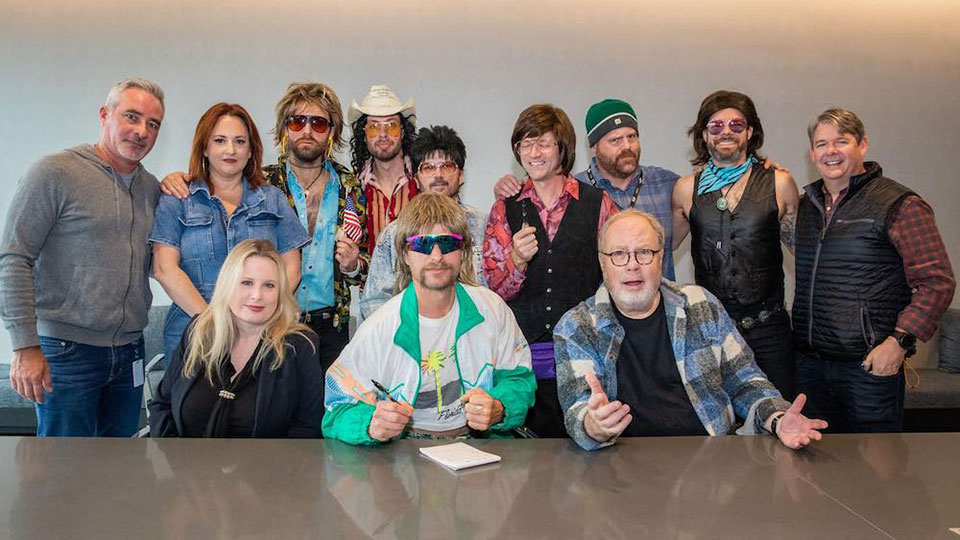 The 90s country-influenced band has teamed up with imprint Capitol Records Nashville and they promise to ‘bring real ’90s country music back to a format that’s been drowning in male sensitivity, cashmere cardigan sweaters and programmed drum loops’.

“Some artists out there tried to put the ‘O’ back in country, that was a thing for a while…. but what it’s really missing is the ‘T,’” band leader Douglas (“Doug”) Douglason said. “Country music has Low-T right now…it could use a pick me up, if you know what I mean. Those record label people over at Universal finally realized that only the Knights could be up to a task this big and hard.”

For more information on The Hot Country Knights visit www.hotcountryknights.com.