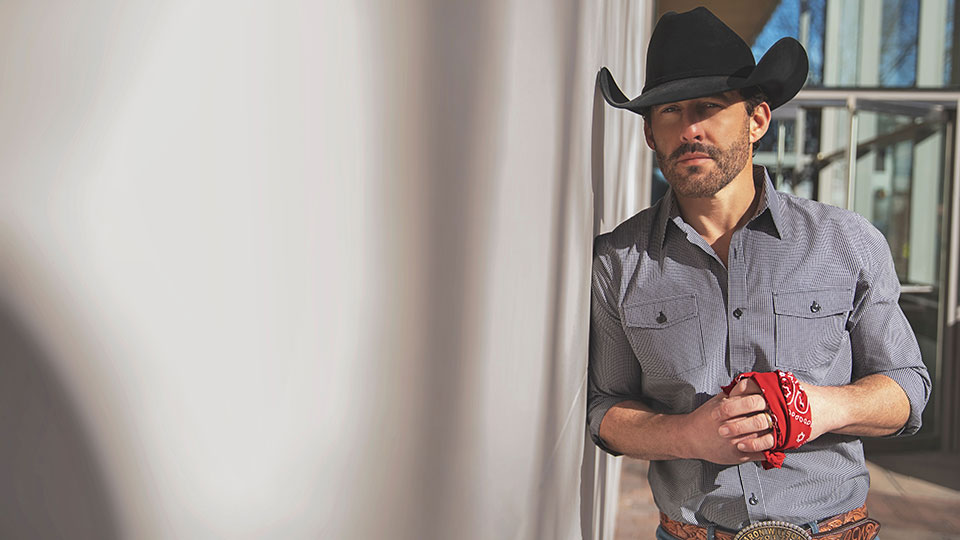 During the summer we put out our Top 5 Country albums of the year so far and now that we’re fast approaching the end of the year, we thought we’d revisit it.

Expanding the list from 5 to 10, we’ve picked the albums that have dominated our ears this year and worked their way into our hearts. It wasn’t an easy list to pull together with Pip and Laura broadly agreeing but having a few healthy debates before finalising the positions.

Find out which records made the cut by reading on…

Singer-songwriter Michaela Anne released Desert Dove in September and for the record she enlisted Sam Outlaw and Delta Spirit’s Kelly Winrich on production duties. The end result is a gorgeous record that highlights Michaela as a singer-songwriter you simply have to listen to. Highlights on the record include Run Away With Me and If I Wanted Your Opinion. Honestly there’s not a bad song here and Michaela deserves to be huge.

Justin Moore is an artist we feel has never quite had the acclaim he deserves. While commercially very successful, he isn’t often top of people’s lists when it comes to picking great artists in the genre right now. With Late Nights and Longnecks, his inclusion in our Top 10 was a no brainer. An album that contains more drinking songs than you can shake a stick out, it’s also home to the number one hit The Ones That Didn’t Make It Back Home, a song that’ll have you weeping. Moore knows his way round a hook and his voice always packs a punch.

Read our full review of Late Nights and Longnecks

After the 2-disc set The Weight of These Wings, we weren’t sure what direction Miranda Lambert was going to go in. Teaming up for the first time with Jay Joyce, she delivered a gutsy set of songs that mixed Country, pop and rock for something truly special. Harking back to the beginning of her career, Miranda brought the swagger back on songs such as Holy Water and Way Too Pretty For Prison with Maren Morris.

Read our full review of Wildcard

Without a doubt one of the year’s breakout acts, Runaway June have been hitting new milestones quicker than we can keep up with. Their single Buy My Own Drinks was the first from a female trio in years to hit the Top 5 since the Dixie Chicks! Their debut album Blue Roses is a polished collection of Country/Pop that really showcases what the band can do. With killer harmonies and radio-ready hooks, they’re going to be huge!

Midland’s long-awaited second album Let It Roll was more than worth the wait. The trio kicked the album off with the fantastic Mr Lonely and they perfectly bridged the gap between debut album On the Rocks and this collection of songs. Cheatin’ Songs, Put the Hurt On Me and 21st Century Honky Tonk American Band are just some of the tracks that require repeated listens but to be honest the whole album is pretty addictive.

Read our full review of Let It Roll

Aaron Watson has been paving his own way as an independent artist for years and with Red Bandana, he released his most ambitious body of work to date. The 20-track album sets the scene with The Ghost of Guy Clark and from that point Watson showcases every side to his ability. As a songwriter he’s impressive (he wrote the whole album himself) and as a singer he’s superb. Blood Brothers, Home Sweet Home and Trying Like the Devil were some of our favourites.

Sean McConnell produced his best work yet with latest album Secondhand Smoke. From the emotional Shaky Bridges through to Greetings From Niagara Falls, he hits you in the feels with every single song. McConnell is a songwriter in a league of his own and his soulful voice moves you in a way that few singers can manage. He’s back in the UK in early 2020 and we can’t wait to see him live once again.

The Country juggernauts took a brief break following last album Heart Break and moved labels, signing with Big Machine Record. Ocean was a return to form with the trio revisiting their roots and crafting heartfelt songs with mass appeal. Lead single What If I Never Get Over You, co-written by Ryan Hurd, reminded us why we loved the band but it’s deeper cuts such as piano ballad Ocean and Charles Kelley’s deeply personal Be Patient With My Love that really stand out.

Read our full review of Ocean

He’s a legend so it should come as no surprise that a new George Strait album is a highlight of the Country calendar. Honky Tonk Time Machine is that rare kind of album that reinvigorates interest in an artist who has enjoyed a long career. Strait has his hardcore fans but Honky Tonk Time Machine appealed broader and had fantastic tracks such as Every Little Honky Tonk Bar and the powerful God and Country Music.

Maren Morris took things to a whole new level with her second album GIRL. Her debut album Hero set the scene but GIRL saw Morris experimenting with more mainstream sounds. Some critics claimed the set wasn’t Country enough but if you peel back those layers, you’ll see that every song here is Country at heart. All My Favourite People with Brothers Osborne, The Bones and Shade are Maren at her absolute best.

Read our full review of GIRL

What are your top albums of 2019? Tweet us @efcountry and let us know!