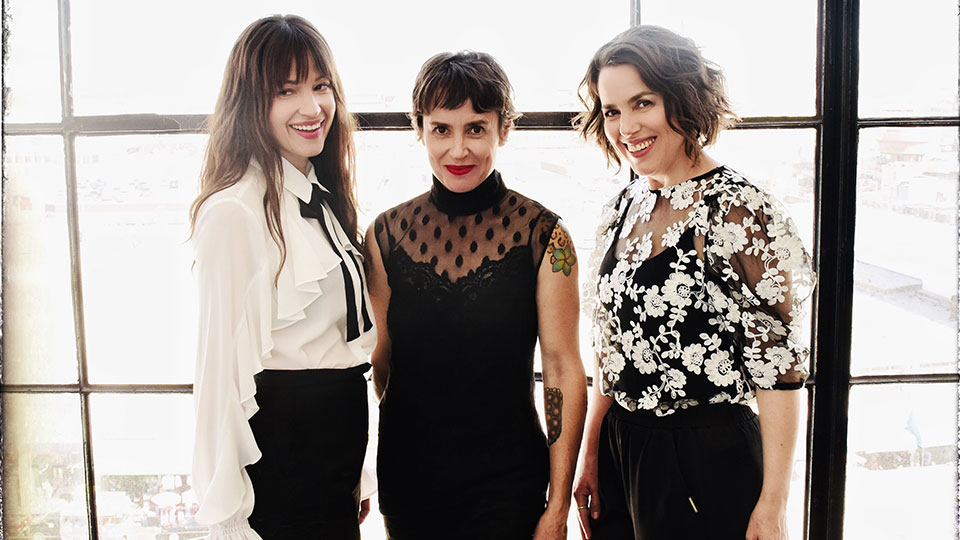 The Haden Triplets – Petra, Rachel and Tanya – will release their new album The Family Songbook on 24th January 2020 via Trimeter Records/Thirty Tigers.

Born in New York and raised in Los Angeles, the Triplets are the children of bassist Charlie Haden, who changed jazz’s trajectory alongside Ornette Coleman beginning in the 1950s. Family Album is the follow-up to their 2014 self-titled album.

For the album The Haden Triplets have mined their heritage and recorded recently unearthed songs by their grandfather, Carl E. Haden, who was a friend to the Carter Family and Porter Wagoner. The sisters’ uncle Carl Haden Jr passed the songs to them.

The Family Songbook also includes Every Time I Try by the triplets’ brother Josh, best known as the force behind the genre-bending indie band Spain. Other songs on the album include a cover Kanye West’s Say You Will and Americana standards like Wayfaring Stranger, I’ll Fly Away, Wildwood Flower and Pretty Baby.

The new video for Every Time I Try is a tribute to country music TV programmes circa the fifties and latter decades and features a cameo by the actor Nick Offerman.

The Family Songbook is produced by Woody Jackson.

The Haden Triplets will be in tour in 2020, including The Big Ears Festival and Stagecoach.

Advertisement. Scroll to continue reading.
In this article:The Haden Triplets