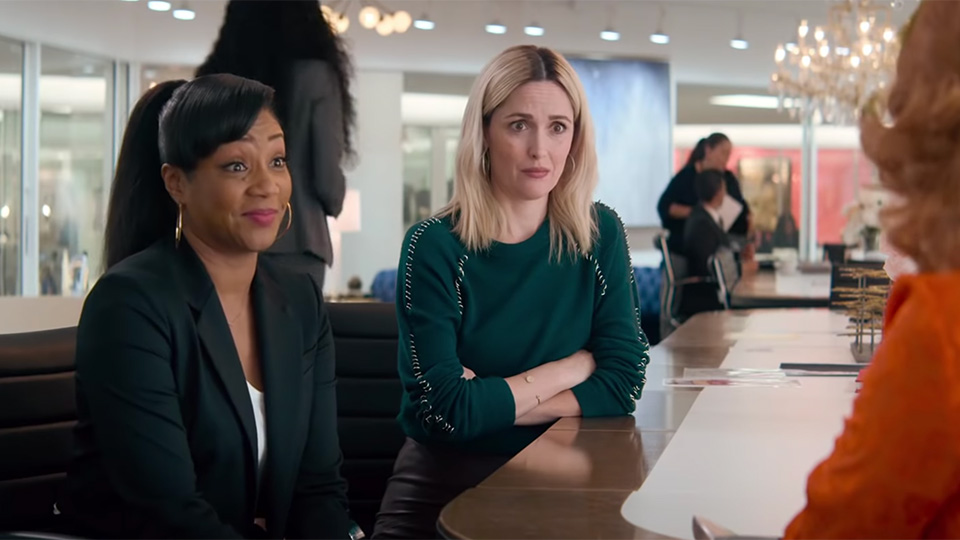 Tiffany Haddish and Rose Byrne have teamed up for new comedy Like a Boss.

The redband trailer for the film has just been released and it’s as funny and foul-mouthed as you’d hoped it would be. Watch it below:

Best friends Mia and Mel (Tiffany Haddish and Rose Byrne) are living their best lives running their own cosmetics company they’ve built from the ground up. Unfortunately, they’re in over their heads financially, and the prospect of a big buyout offer from a notorious titan of the cosmetics industry Claire Luna (Salma Hayek) proves too tempting to pass up, putting Mel and Mia’s lifelong friendship in jeopardy. The beauty business is about to get ugly.

Like a Boss will be released in UK cinemas on 21st February 2020.

In this article:Like a Boss, Rose Byrne, Tiffany Haddish