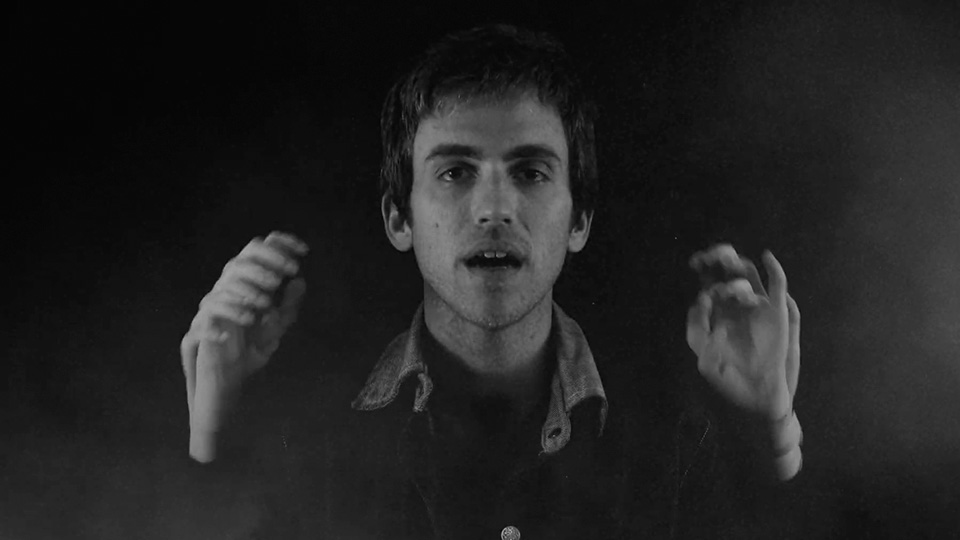 Originally from Dallas, Texas, Andrew Combs first burst onto the country scene back in 2012 with his debut album Worried Man. Since then he’s won over fans in both the US and the UK with his smart, introspective songwriting, and has regularly performed over here including appearing at C2C: Country to Country in 2016 and a UK tour in 2017. He released his fourth album – the experimental, psychedelic Ideal Man – in September, and last night concluded his UK tour in support of the record at The Lexington in London.

Accompanied by his four-piece band, Combs thanked the crowd for coming out before kicking off his set with Firestarter, from his latest album. It’s a slow, almost mournful song with a wistful edge and vivid imagery which really highlighted the depth and drawl in his voice and was full of emotion. When I spoke to him recently he mentioned this would be a full band show, and they certainly did an excellent job of recreating the lush, full sound of the record as well as providing some great harmonies.

Although Combs mainly stuck to tracks from Ideal Man during his performance, there were a few highlights from his previous albums in the mix too. Better Way, a song he wrote for his wife which appeared on 2017’s Canyons Of My Mind, was an early highlight, with its laid-back retro California vibe and shuffling rhythm that moved into a rockier bridge. Meanwhile, Blood Hunters had a 90s grunge vibe from its stomping beat and fuzzy guitars and Lauralee had a folky, sun-soaked vibe that contrasted the downbeat lyrics and Combs’ long high notes. He’s always been an artist who’s been willing to explore new sounds and it was nice to see the wide range of styles he’s employed throughout his career during the set.

One thing which stood out to me throughout was the sheer degree of conviction and passion Combs has when he performs. Whether that was jamming with his bandmates on the dramatic, stark Ideal Man, his soaring vocals on the layered The Stone or the way he moved his head and body whilst singing with his eyes closed on the likes of the funky, distorted Stars Of Longing, you could tell he felt the music to his core and was completely lost in the sound – which helped to transport the audience too. He also seemed a lot more relaxed than when I’ve seen him on previous occasions. Whilst he perhaps wasn’t as naturally chatty as some other artists, he showed off his wry humour as he engaged with the crowd throughout and looked very at ease up on stage.

For me the standout moment was Too Stoned To Cry, which came towards the end of the set. The song drew a huge cheer from the crowd when Combs announced it and I liked the classic country feel, as well as the balance between the upbeat melody and sombre lyrics and the bluesy guitar riffs. It’s a very simple but powerful number and quite a few audience members could be spotted singing along too. Other highlights included the raw, heartfelt Born Without A Clue – which Combs wrote for his young daughter – as well as the delicate, dreamy Like A Feather, sorrowful ‘tree-hugging hippy song’ Dirty Rain and the psychedelic, lingering Dry Eyes.

Combs closed the main portion of his show with Rose Coloured Blues, which had a gorgeous cinematic feel to it emphasised by the involvement of the band. His vocals had a great old-school tone to them and it was absolutely mesmerising to watch him deliver the desolate lyrics. The crowd whooped and hollered in approval as he finished before beginning to demand one more song, and Combs happily obliged with an acoustic encore. He first performed Rainy Day Song, which he wrote with Brent Cobb, and the acoustic arrangement emphasised the soulfulness in his voice really nicely, as well as the song’s 1960s vibe, before following it up with Hazel. It’s an intense, atmospheric song with disturbing overtones, but Combs stopped it from being too heavy with a soothing, lilting melody that almost lulls you into a false sense of security (emphasised by bandmate Charlie’s eerie whistling on the bridge). The crowd were spellbound throughout before bursting into cheers and applause at the end.

Overall Andrew Combs delivered a strong performance which showed off his impressive vocal range and musicianship, as well as his ability to engage a crowd and the wide variety of musical styles he draws on to create his sound. I feel he’s grown significantly as a performer since his last UK tour and is definitely carving out a niche for himself in the country and Americana scene. Last night’s show was one that felt satisfying for old fans and should also win him over a new audience due to the timeless quality of his music; it feels retro, but with enough modern touches to keep it current and distinct. Hopefully it won’t be too long before he’s back in the UK, and when he returns I’d highly recommend buying a ticket if you like your country music to have something a little bit different about it.

Advertisement. Scroll to continue reading.
In this article:Andrew Combs