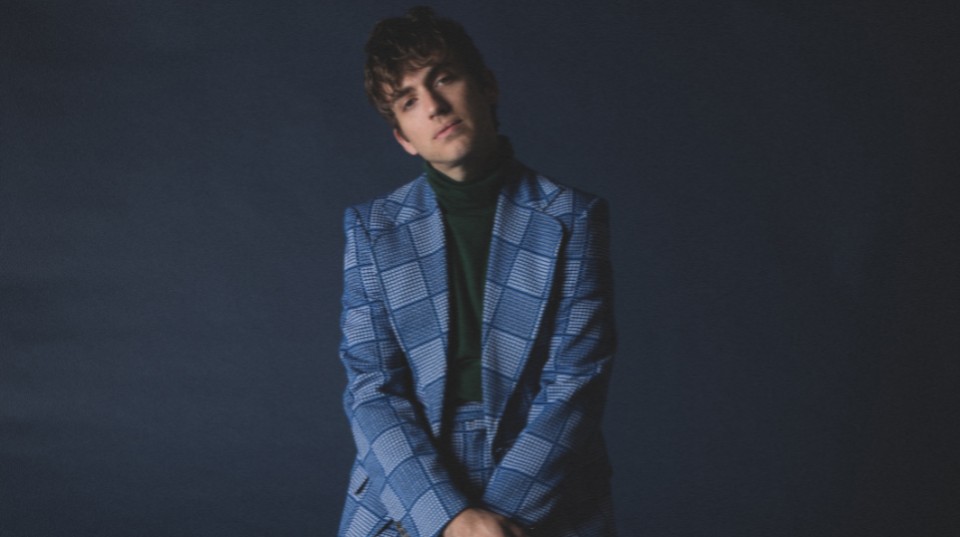 Since releasing his critically acclaimed debut album Worried Man in 2012, Andrew Combs has become one of the most highly-regarded singer-songwriters around.

Blending country, folk and Americana, he’s since released a further two albums – All These Dreams and Canyons of My Mind – and an EP, Five Covers and a Song. He’s also become highly popular as a live act, including here in the UK, having performed at C2C: Country to Country in 2017 as well as the Victoria Dalston later that year.

Now, as he releases his latest album, Ideal Man, I spoke to Andrew about the new record, his approach to songwriting, and what audiences can expect from his upcoming UK tour.

It’s been almost two years since we last spoke – what have been the highlights for you of that time?

Well, we had a daughter, so that’s been a life-changing thing. Yeah, and lots of touring and family stuff. Nothing too out of the ordinary, I guess.

You’ve just released your new album Ideal Man. What were the main inspirations and influences for this record?

It’s hard to say. I mean, I just was kind of at a turning point in terms of how I approached the record a little differently and wrote songs a little differently. I was more interested in capturing a feeling in the studio. We had a really slick production. I ditched the lush sound of the last few records in favour of four people in a room. We got what we got and captured a moment. I’m really happy with it.

It’s quite an experimental album – was that something you’d consciously wanted to do with this album? Or did it evolve that way as you were making it?

No, it was definitely conscious. I hired a guy who produced the record, his name is Sam Cohen. He was sort of my departure point – knowing his records that he puts out himself but also the records that he produces. I knew his sound and ideas were gonna take me away from what I was used to.

You’ve recorded this album live in the studio. How do you think that’s impacted it?

Well that’s just the idea of capturing a moment, like I was saying. That was essential, I think. Because when you start layering things on top of things it can just get out of hand and take you away from the immediate feel of what the song is really about, what you’re trying to capture.

You mentioned your writing process was different with this album – can you expand on that a bit?

Yeah, I guess I equivocate it to abstract painting and where – for lack of a better word – you’re throwing stuff up against the canvas to see what sticks, and scraping it away and seeing if you are realising new forms. If something is popping out at you then you might take it and run with it for a minute. And if that’s not working you scrape it away again and start over. I mean, my education in songwriting was based on old country music, folk music, where it’s very structured and for the most part story-driven. And this is more of just living for a feeling.

I don’t know. A few of them came very quickly. I don’t really look at like that. I’ll work on a song for a couple of years that feels the same as working on a song that comes in 30 minutes. It’s just a labour of love and however they come, they come.

Why did you choose the title Ideal Man? Does it link back to your debut record Worried Man at all?

[laughs] No. People have been talking about that. No, I mean it’s cheeky, that title. There’s a song on the record called Ideal Man. It’s not a prideful, boastful ideal man – it’s more of ‘if I could be all these things, would I be an ideal man?’ And that’s something that as I’ve become a father and grown up and been in this business for now, I guess it’s probably seven or eight years doing it professionally, and the ups and downs of everything, learning stuff about yourself and realising your insecurities and owning up to them and confronting them head on. It’s more of that then ‘hey, look at me [laughs], I’m an ideal man’. It’s not that at all. Confronting some demons I guess.

You’ve mentioned that this album has been inspired by the paintings you’ve been doing recently. Can you tell us more about those? And do you have a favourite?

Yeah, I’ll be showing them here in Nashville. It sort of goes back to the way I was writing for this record, and it was inspired by the way I was painting. I started painting when my wife became pregnant, and I became obsessed with it. And yeah, there are things that spark paintings. It can be a thumbprint on a window or a drop of water, something like that, that can spark my imagination.

While I was making the record I thought, ‘each of these songs, it’s such a sweet point of departure for me, that I could take one little angle of each song and I could do 20 paintings for each song’. So I decided to do that, and ended up with not 20 paintings per song but there’s one or two per song, depending on which. They’re all oil paintings and some are big and some are very small.

I love them all, but I guess my favourite is one that’s based on the song Born Without A Clue. The painting is called Fat Man and his Mountains. You have to see it. [laughs]

Can you tell us a bit more about the song Born Without A Clue?

Yeah, you might have read it in the press release or something, not to be redundant but it is the truth. I wrote it the day after Tom Petty died so it’s one of the older songs that’s on the record. I was contemplating his catalogue and how his songs are so meat-and-potatoes, there’s no fluff, and was just applying that to life and choices we make. My daughter was very new at that point, and just looking at her and thinking about how she doesn’t have a clue right now, but the world is full of hope and wonder and all sorts of beautiful things as well as all the negatives. Just sort of an anthem for her and for me to stay true to ourselves, I guess.

You’re coming over to the UK in December. What can people coming to see you at those shows expect?

I’ll have a full band, a big band, a five-piece band. It’ll sound a lot like the record and we’ll have some fun, I think.

Are there any songs from this album you’re particularly looking forward to playing live?

All the new ones, because the idea with the record being just four people in a room, it’s very easily presentable in a live setting. It’s not like we’re covering for string parts or there’s instruments that we don’t have or can’t bring with us. So I think they’ll all be well represented and I look forward to playing them all. And a few old ones as well.

Is there anything that’s particularly surprised you about the audiences in the UK?

Well I’m not surprised by it any more, but I was – just how respectful everyone is over there. It’s very nice to play to people, especially as my music has a tendency to be very quiet and subtle at points, and it’s a lot easier to play to people who are listening than a bunch of drunk people talking at a bar. I appreciate that and look forward to playing there.

What do the next few months look like for you? Is the album and touring your main focus?

Oh yeah. We start in October and then go through the middle of December, so that’ll take me out to the holidays at least.

Have you started working on the next record at all?

I’m always writing, so if that counts then yes. But I haven’t really thought about that yet.

See Andrew live on tour in the UK and Ireland this December:

Advertisement. Scroll to continue reading.
In this article:Andrew Combs