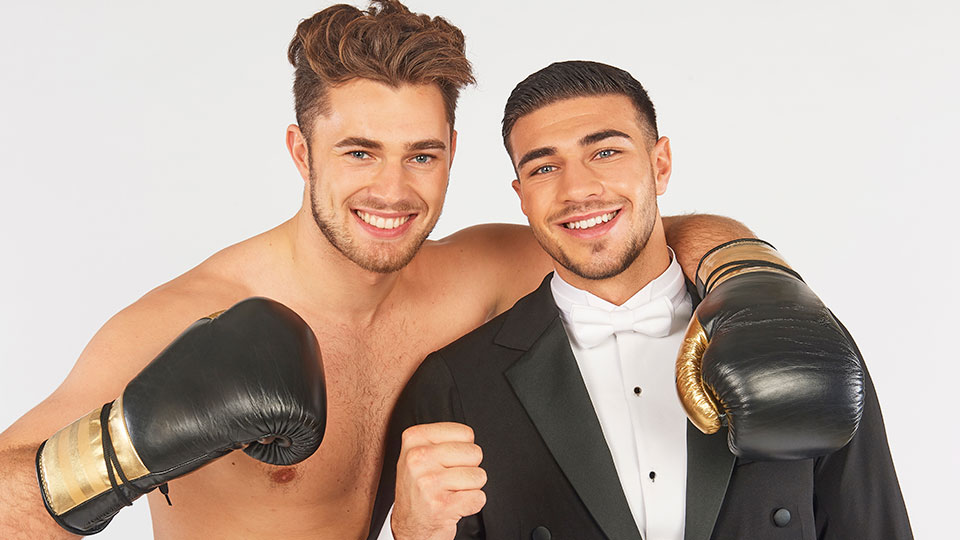 They had the bromance of the summer on Love Island and now Curtis Pritchard and Tommy Fury are stepping into each other’s shoes for new ITV2 series The Boxer & The Ballroom.

The new series will see Curtis training for a boxing match while Tommy hits the dancefloor to prepare for a ballroom competition. How will they fare in each other’s worlds?

Opening up about the training he’s undergone to prepare for a boxing match, Curtis says, “I’ve loved every second of it! It’s been absolutely incredible. I haven’t finished yet but it’s been hard so far. The stamina and fitness levels you need to have as a boxer are high! Keeping that movement, trying to lay traps, trying to do this and do that. It’s incredible. It’s artwork in a way.”

Tommy admits that dancing has been harder than he expected commenting, “Ballroom dancing is very different to what I do in my profession as a boxer, but it’s been a lot of fun. I didn’t realise how much time and effort you have to put into it, and the skill you need. Dancing is something where you only get out what you put in. It’s super hard, I’ve only realised that now from doing it.”

The training for the show hasn’t been without incident though. Curtis was injured while in the ring.

“Yes. I injured my shoulder and my knuckles were completely swollen. Apart from that, my nose has been bruised! I’ve got pantomime four days after the fight so hopefully that doesn’t happen again on the night of the fight.”

You’ll have to tune in to the show when it starts on Monday to find out how they get on.

The Boxer & The Ballroom Dancer airs 16th to 18th December at 9pm on ITV2.