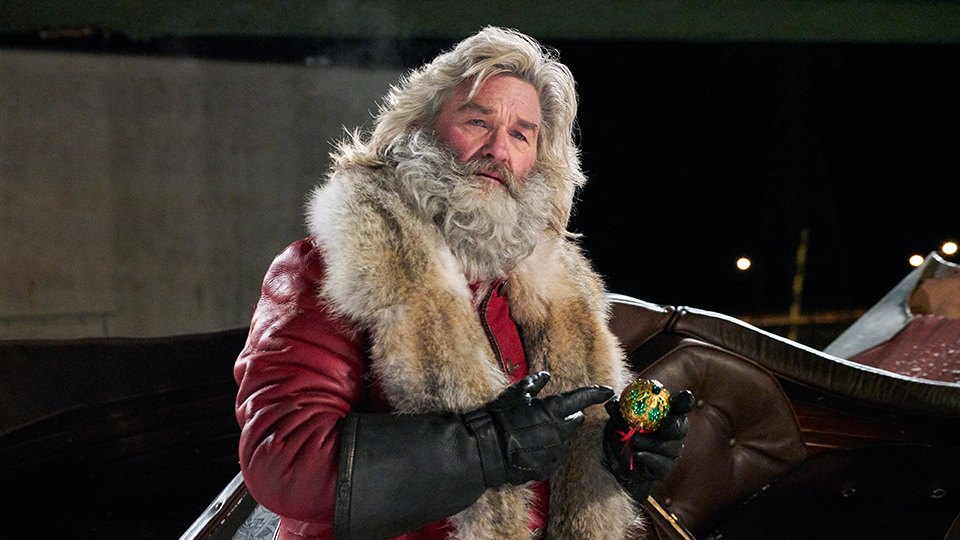 Christmas is right around the corner, and movie-loving families are coming together to celebrate. Among the many ways to celebrate the holidays, one of the best is to sit back, eat delicious food and indulge in Netflix’s recent holiday features.

Still, Netflix’s ever-changing list of films, shows, documentaries and snippets can be tough to navigate. This is especially true when families want to watch movies not available in their country. It’s possible to unblock Netflix with a high-quality VPN, however, giving you full access to this year’s best holiday specials.

New Streaming Options for the Holidays

Let’s face it: few things are as enjoyable as a nice, cozy Netflix binge over the holidays. Whether you’re visiting with extended family or catching up with old friends, Christmas movies never fail to bring in the good cheer.

While there’s no shortage of Christmas movies abroad, Netflix tends to roll out some of the most memorable holiday films around. Whether you’re a fan of animation, nostalgic classics, older Christmas movies or even Christmas horror films-today’s biggest movie streaming provider has you covered.

So, what’ll be this year’s best Netflix movies? Let’s take a look at the top 10.

Bill Murray, who plays himself, is worried about a snow storm’s impact on his television show. So, he gives his famous friends a call-resulting in some truly wonderful, and funny, holiday cheer. Definitely give A Very Murray Christmas a watch.

9. Holiday in the Wild

Up next, we have an atypical Christmas film that deserves to be watched by the whole family. Holiday in the Wild explores the life of a woman who’s just sent her son away to college. She plans a second honeymoon to spend time with her husband-only to meet unexpected emotional disaster soon after.

Holiday in the Wild is a beautiful sight to behold. It explores the great safari-as well as the animals within it. The tale expands to tell the tale of a former vet coming to terms with her past, as well as her future.

The film certainly takes some unexpected turns, but it’s a memorable Christmas watch.

Based on a novel by Max Lucado, The Christmas Candle explores the journey of a minister at odds with his community. Those around him uphold the myth of a miraculous Christmas candle-a myth he intends to dispel.

The Christmas Candle takes place in 19th century England, giving this holiday’s family some added historical diversity in their movie marathons. The film is a take of belief, the power of stories and inner struggle-pairing these qualities with the spirit of the holidays.

Written and Directed by Christopher Smith, The Christmas Chronicles has a different take on the holidays. And this take is an absolute must-see. You’ll get to watch Jim Broadbent take up the role of Santa, delivering one of the funniest family adventure films to embrace the holidays in recent history.

The Christmas Chronicles isn’t just for adults, either. It’s jam-packed with humour geared towards kids as well. As a film crafted for everyone, it’s a North Pole journey you won’t want to miss.

Today, Let It Snow stands tall as one of the best Christmas rom-coms around. Featuring a younger cast and a tale reminiscent of Love Actually, Let It Snow explores the ramifications of overlapping love stories and a holiday season powered by delightful performances, Hallmark-worthy stories and a celebration of everything Christmas.

Let It Snow definitely delivers an old-fashioned holiday romance feel, exploring not only romance-but domestic struggles, teen friendship and life’s greatest challenges. Even if you’re not a big romance fan, Let It Snow has a little of something for everyone-which is a rare movie quality, these days.

Klaus might be a new animated Christmas story filling the big shoes of recent decades, but it absolutely delivers memorable holiday cheer. The delightful story is featured by Netflix itself, serving as a creative retelling of Santa Claus’s legacy.

It’s a refreshing watch, pairing age-old heartwarming aspects of holiday films with new takes on Christmas. Santa Claus, this time around, is a woodsman who loves making toys. The main character, a spoiled postmaster who’s found himself in an unfamiliar outpost, will likely be remembered as an unforgettable Christmas element in upcoming years.

Klaus is both heartwarming and dramatic, redefining the way animated Christmas stories unfold.

4. Christmas with the Kranks

Christmas with the Kranks is a classic-and it’s available to Netflix watchers, this holiday season. Featuring Tim Allen, Dan Aykroyd and Jamie Lee Curtis, this hilarious holiday tale shouldn’t be missed. Even if you’ve seen it before, dozens of times, it won’t fail to bring out some family laughs.

You’ll watch the Kranks forget Christmas yet again, only to find themselves in laughter-inducing situations. Christmas with the Kranks is a cornerstone comedy everyone can enjoy-whether it’s from a packed-away DVD or instant-access streaming services.

For the older crowd, Netflix is featuring White Christmas. Irving Berlin’s story is both a classic and endlessly re-watchable as it never fails to age like fine wine. Featuring Danny Kaye and Bing Crosby, White Christmas kicks off with song-and-dance routines, a sister act and plenty of nostalgic adventures.

Vera Ellen and Rosemary Clooney never fail to redeliver intriguing holiday cheer in White Christmas, too. Although it was released in 1954, the film’s awesome acting cohesiveness is the stuff of endless wonder. Try to stream White Christmas this year, if you can. It might not pop up on Netflix for some time once it’s gone.

2. How the Grinch Stole Christmas

Another Christmas classic that can’t be ignored is rolling through Netflix yet again. How the Grinch Stole Christmas is back-ready to excite its audiences with humor, great acting and thoughtful holiday lessons. If you’re ready to return to Whoville, there’s a digital door just waiting to be opened.

For those who haven’t seen The Grinch, Jim Carrey’s role never fails to delight. Dead-set on his believe that Christmas is all about shallow gift-getting, The Grinch’s take on consumerism can’t be ignored. Fear not, however, as the movie definitely prioritises adventure and a good laugh.

Whether you’re re-watching How the Grinch Stole Christmas for the first time or for nostalgia, you’ll want the entire family around for the viewing. The Grinch might be unsightly due to his green hair and angry eyes, but Jim Carrey has always been one to deliver unforgettable performances.

Directed by Sally Schneck, Chilling with Bob Ross is a lineup of winter-themed Bob Ross episodes. The Joy of Painting, for many, is a household name. If you love Bob Ross, you won’t be disappointed by his Christmas-centric show and stunning paintings.

You’ll see plenty of marvels in episodes like “Splendor of a Snowy Winter” and “Icy Lake.” You’ll also have a great time lounging with family members as Bob Ross delicately crafts memorable images in “Snowbound Cabin.” Tuck in after your holiday feast, and celebrate Christmas with one of the most wholesome people in modern times.

Streaming Christmas films on Netflix is great, but you may be at a loss if you’re traveling over the holidays. Many shows and movies on Netflix are country-specific, so you’ll miss out on this year’s wonderful holiday lineup if you’re headed overseas.
Fortunately, you can sidestep the inconvenience. With a VPN service and a little know-how, you can change your digital device’s location footprint. A VPN is an invaluable Internet safety tool, encrypting the user’s online activity from malicious onlookers.

Its best perk during the holidays, however, is its knack for unblocking Netflix’s expansive inventory of Christmas movies.

In this article:Christmas Movies, Netflix