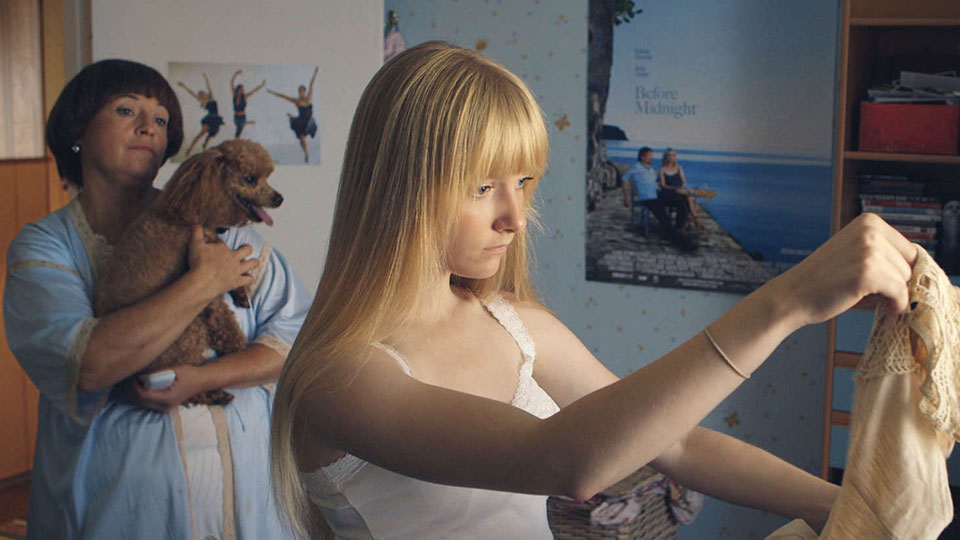 Small-town girl Laura (Maris Nõlvak) is bored by her life. With an over-bearing mother (Anne Reeman) who is constantly trying to set her up on dates, Laura feels more mature than the opportunities on offer around her. When her friend Merit (Getter Meresmaa) invites her on a hiking trip, Laura jumps at the chance but soon clashes with the middle-aged leader of the group Joosep (Gert Raudsep). As the hike progresses, Laura finds herself infatuated with Joosep even though he’s got a family and he’s much older than her.

An Estonian film from married duo Andres Maimik and Katrin Maimik, Cherry Tobacco is a sweet and quirky meditation on first love and coming-of-age. The opening 20-minutes or so showcase Laura’s present situation as she is forced through a humiliating date by her mother with a boy who seems nice but isn’t particularly interesting. She goes through the motions not wanting to upset her mother but her dissatisfaction is obvious to see.

Eager to find something that matches the maturity level she feels, Laura eagerly accepts Merit’s invitation to join the hiking group and she immediately finds herself challenged. She takes an instant dislike to Joosep who annoys her due to his smoking of cherry tobacco in a pipe and his brash smugness. Her feelings soon turn into affection as she gets to know Joosep and envisages herself in a relationship with him, until she discovers that he’s married and their connection can realistically go no further.

Still that doesn’t stop the writer/directors Andres Maimik and Katrin Maimik from bringing plenty of simmering tension. While Laura and Joosep never actually have sexual contact on screen, their budding relationship is explored with moments where they touch hands, become more intimate than friends would and flirt with one another. For Laura it’s her first great love but for Joosep it’s a beautiful young girl paying him attention and providing an escape from the routine of his normal life. There’s even a suggestion later on that Laura may be one of a number of girls he’s ‘connected’ with during his hiking trips.

Narratively, Cherry Tobacco is fairly linear although I appreciated that it doesn’t always do what you expect. This isn’t some torrid love affair story, more a look through the eyes of a young girl who wants to grow up quick than she’s able to. Maris Nõlvak is very good bringing a wide-eyed optimism to Laura and playing the more intimate moments expertly. She represents every teenager who thinks they are older and wiser than they actually are but what Laura goes through in the film, changes her forever.

Cherry Tobacco is a sweet film and one that’s very enjoyable to watch. Thanks to the writing, direction and strong performances, it’s elevated above what could have been a rather familiar story. Maris Nõlvak puts in a very strong turn that likely has opened plenty of doors and she plays off against Gert Raudsep impressively. Cherry Tobacco is a film that deserves a little love so make sure you add it to your watchlist.