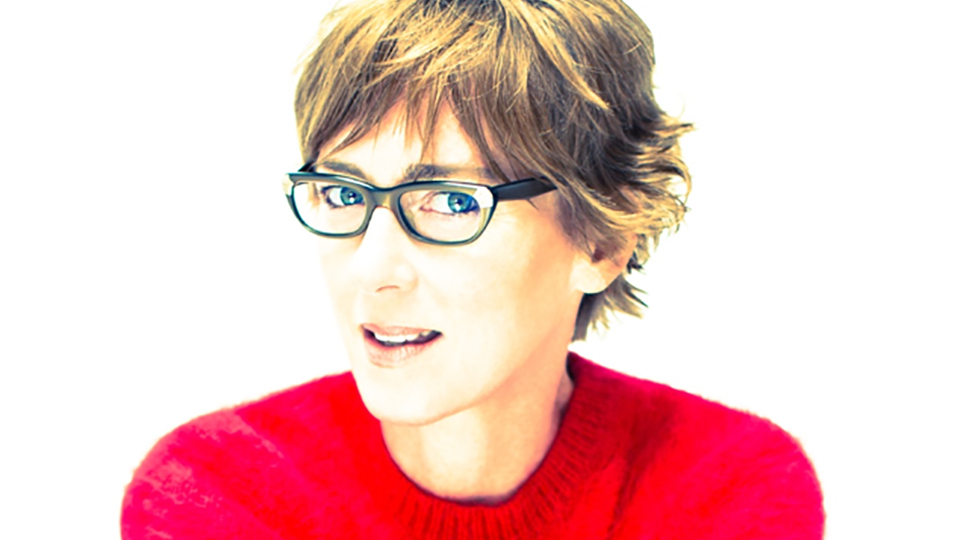 Illinois-born singer-songwriter Jonatha Brooke has been making music since the late 80s and was originally one half of the duo The Story, who released two albums – Grace in Gravity (1991) and The Angel in the House (1993). In 1995 she released her debut solo album Plumb and 1997 signed to MCA for her second album 10 Cent Wings. Following the release of that album, Brooke launched her own label Bad Dog Records and has been a successful independent artist since. I remember first hearing her music when I got a copy of 2001 album Steady Pull and she gained even more attention when she recorded two songs for Disney’s Return to Neverland soundtrack in 2002. Brooke’s last album was Midnight. Hallelujah. in 2016 and this month she released her latest EP Imposter in the UK.

Brooke was lumped in with the female singer-songwriter movement of the 90s alongside the likes of Jewel, Alanis Morissette, Sheryl Crow and Fiona Apple to name a few. For me, she’s always walked a slightly grittier path than those artists with her music and her output is always worthy of a listen. Imposter, which was released in the US back in April, is a five-track collection giving fans a little bit of new music to tide them over until Brooke’s next full-length record arrives.

The EP opens with the title track, which explores the feeling of not being good enough. Brooke has said the song was inspired by a songwriting club she was a part of where she often felt like she was kidding herself, and everyone else, in her pursuit of being a recording artist. The song’s production is as quirky as you’d expect from Brooke with her distinctive vocal cutting through the melody. It’s a strong start and it’s a nice reintroduction to Brooke’s unique sound.

Fire, the lead single from the EP, is a laidback number musically that packs a lyrical punch. Brooke reflects on her days of being a people pleaser and sings about finding her voice, refusing to be silenced or told to shut up. That honesty is something that runs through all of the songs here. On Twilight Brooke pleads with a former who she’s hurt and been dishonest with. She asks that he think of the good things about her rather than dwelling on her mistakes. The punchy Revenge ponders the karma that comes back around when you try to get someone back with Brooke admitting the other person got the last laugh but she’s determined to change that. It’s an amusing song lyrically and the portrait of a person who doesn’t know when to stop.

The EP closes with True To You, a song that drastically shifts gears from the four before it. The piano ballad finds Brooke singing to God and asking if she has to be alone in life in order to be true to him. There’s a reluctance in the lyrics with Brooke highlighting that she prays at night and checks various other boxes expected but she’s not convinced that being alone is the only way to be true to God.

Imposter is a strong collection of songs from Brooke. She continues to forge her own musical path, making the music she wants to make and that her fans will lap up. A much-underrated artist, Brooke deserves way more attention than she gets from the music industry. These songs are true to the music she’s been making throughout her career and they are an exciting taste of what may be to come in the future.

Advertisement. Scroll to continue reading.
In this article:Jonatha Brooke