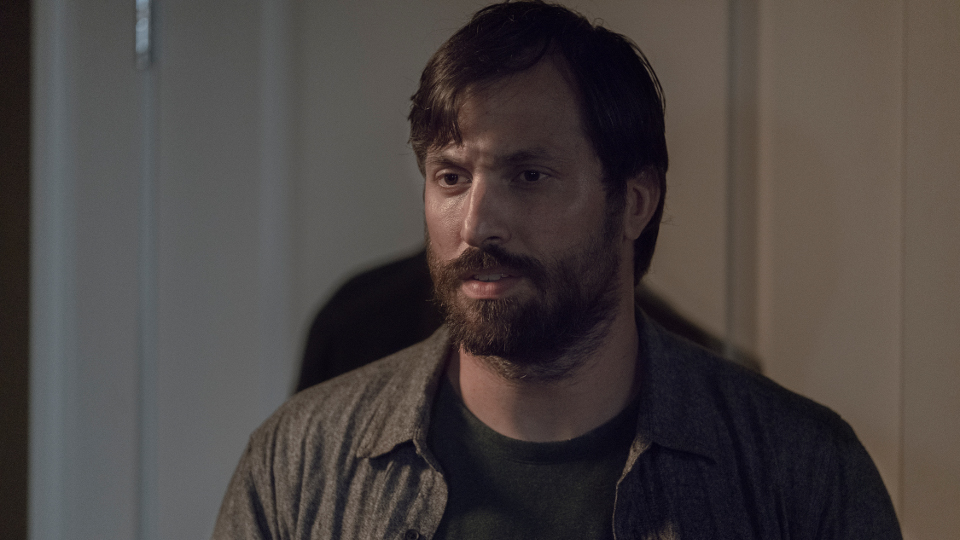 In the latest episode of The Walking Dead, Siddiq (Avi Nash) tried to work out why the community was falling sick.

Much of the episode focused on Carol (Melissa McBride) and her quest to track down Alpha’s (Samantha Morton) horde. She and Daryl (Norman Reedus) returned home with their captured Whisperer who they locked in Negan’s old cell.

Carol was keen to beat or even torture the man to get what she wanted but a conversation with Lydia (Cassady McClincy) started her on a different course of action. She tried kindness and showed the man how life could be different by tempting him with a variety of fresh bread and jams. At first it looked to be working as the man started to devour the spread. However, he soon spat it all into Carol’s face.

Carol beat the man before Daryl stepped up and promised to take his fingers and ears. The Whisperer refused to talk and they were interrupted by Gabriel (Seth Gilliam) who brought Siddiq and Dante (Juan Javier Cardenas) to tend to the man’s wounds.

Carol later decided to show the prisoner that Alpha was lying by showing him that Lydia was still alive. However he had died after being treated by Dante with hemlock. Dante claimed he was just using what Siddiq had prepared and it all appeared to be an unfortunate accident.

Elsewhere in the episode, Aaron (Ross Marquand) continued his efforts to make friends with Gamma (Thora Birch). He told her stories of his family and offered her fresh food. What he didn’t know is that Gamma was on a fact-finding mission from Alpha.

When Gamma failed to learn much information, Alpha was disappointed and lashed her arm. At the next meeting, Gamma grabbed Aaron at knife-point and threatened to kill him if he didn’t give her information. Carol appeared with her bow to save Aaron and Gamma ran off when she saw Lydia was still alive. Lydia also ran off across the border, upset at constantly being blamed or used by everyone.

Siddiq eventually worked out that it must be the water supply that was causing everyone to become ill. He struggled throughout the episdoe with his PTSD and continued having flashbacks of the night Alpha decapitated his friends in the barn.

Siddiq spoke to Dante about things and had another flashback when Dante made a clicking noise. Siddiq realised that Dante was one of the Whisperers in the barn who made him watch his friends being killed. A fight broke out and Dante strangled Siddiq to death.

Can’t wait for the next episode? Read our preview of The Walking Dead – 10×08 The World Before.