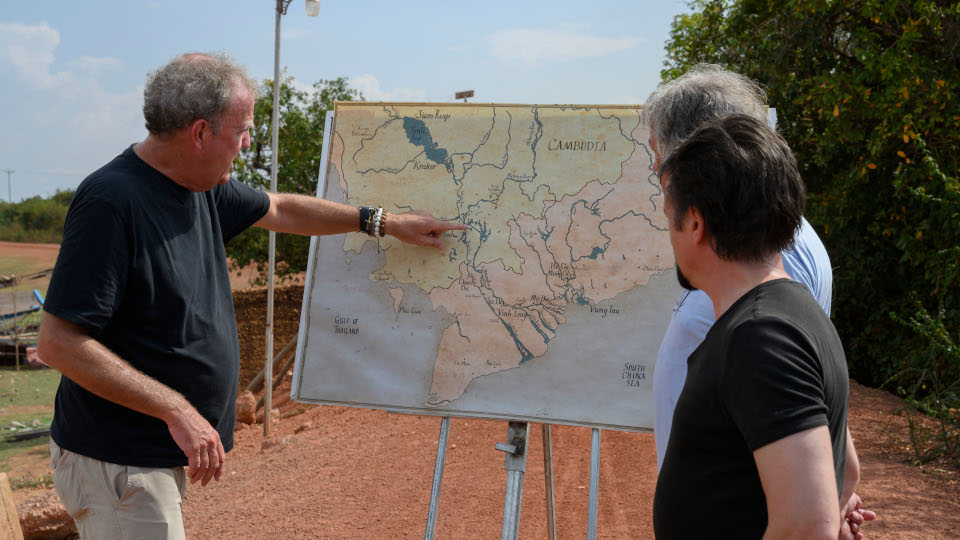 It has just been announced that The Grand Tour will return to our screens on Friday 13th December 2019. This will be the fourth season for the show and will be the first featuring the new show format. Gone is the tent, the live audience and the test track, season 4 will focus on epic road trips instead.

Seamen is the title of the first episode and will see Jeremy Clarkson, Richard Hammond and James May adventure across waters in Vietnam and Cambodia.

Embarking on their next Prime Video adventure – and the first in a series of feature-length specials – Clarkson, Hammond and May are set to make an epic ‘road trip’ journey across Vietnam and Cambodia. For one time only, the presenters have taken a break from four wheels and instead undertaken an ambitious journey in boats.

Their adventure-packed voyage takes them along one of the world’s most iconic waterways – the Mekong Delta. Fans can expect elements of their previous classic road trips, with the trio choosing their boats in the usual way they choose their cars, with their own off-the-wall rationale, putting their own spin on their individual vessels.

This adventure across waters will see the presenters captaining three very different types of vessels. Clarkson’s ride is a recreation of a Vietnam war-era PBR (Patrol Boat River), the famed military vessel seen in Apocalypse Now. Hammond channels his inner Don Johnson by opting for a Miami Vice style speedboat, and May lives out his canal holiday fantasy dream with a classic 1939 wooden river cruiser.

Their aquatic road trip involves an 800km journey that starts on the perilous Tonlé Sap Lake and weaves its way via a series of adventures and calamities down through the Mekong Delta. To cap it all off, the climax of the film is one of the most dangerous and exciting challenges Clarkson, Hammond and May have ever endured.

“We are excited to announce the launch date for The Grand Tour presents: Seamen, the first of our epic adventure specials from Prime Video’s much-loved trio, Clarkson, Hammond and May,” said Georgia Brown, Director of European Amazon Originals for Prime Video. “We know fans love to see the guys take on these incredible adventures across exotic locations and The Grand Tour presents: Seamen does just that – this feature-length special promises to be a thrilling off-road escapade, full of challenges and jeopardy, climaxing in one of the most dangerous and exciting challenges Jeremy, Richard and James may have ever endured – viewers are in for a rocky ride!”