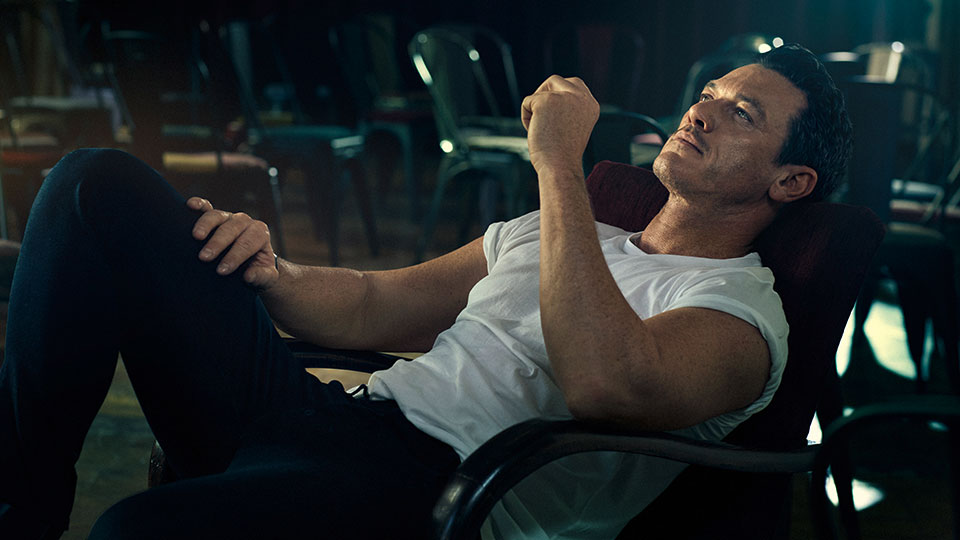 Welsh actor Luke Evans began his career on the West End stage so it’s no surprise that singing and music are big passions of his. While he may be better known these days for his big screen work such as the live action version of Disney’s Beauty and the Beast and the Fast & Furious franchise, his love for singing is something he’s continued to explore. Now in the run-up to Christmas, Evans is releasing his debut studio album At Last, a collection of covers, via BMG.

Anyone who has heard Evans sing before will know he has a strong voice. He puts that to work on At Last as he tackles classic and modern songs. Unlike many covers albums, Evans hasn’t taken a straightforward approach and just covered the songs in the way we already know them. For the most part he’s put his own twist on them, changed the tempo and delivers them in a way that’s different vocally from the originals.

First single Love is a Battlefield, a cover of the Pat Benatar rock classic, highlights his approach well. Stripping away the punchy rock production of the original, Evans transforms the song into a soaring rock ballad. It works and it allows Evans to shine as he unleashes his vibrato on the chorus. A cover of Cher’s If I Could Turn Back Time reimagines the song as a piano ballad and away from the bombast of the original, you’re able to really hear the lyrics and the emotion behind the song. On paper you wouldn’t think it would work but it does and the instrumentation is beautiful.

Evans really showcases how diverse his love of music is. The 12 tracks here span decades and different genres of music. He goes from a cover of U2’s rock anthem With Or Without You to a delicate interpretation of Des’ree’s Romeo + Juliet romantic I’m Kissing You, the latter being one of the strongest tracks on the record. One track I wasn’t sure would work is Evans’ take on Maria McKee’s classic Show Me Heaven but it does and it’s fantastic. It’s refreshing hear a male vocal on the track, especially when it’s as strong a vocal as Evans.

Elsewhere on the album the title track, a cover of the Etta James song, shows that Evans can turn his hand to pretty much any genre, a stirring rendition of Jessie Ware’s Say You Love Me is a gem, and Evans tackles the Lady Gaga song Always Remember Us, from A Star is Born, making me wonder if he could have played the male lead in that film had Bradley Cooper not snapped up the role. The album comes to a close with Les Miserables track Bring Him Home, which Evans recently performed on Strictly Come Dancing. It celebrates his musical theatre roots and it’s one of the strongest vocals on the record.

Going into this album I was concerned that Evans’ voice may have sounded too stagey given that he has a musical theatre background. That isn’t the case at all and he actually shows remarkable versatility. It’s nice to hear an album of covers that is doing something different and it paves the way for him to venture into original material should he choose to make another album. I expect this one will sell like hot cakes in the run-up to Christmas and for a debut, Evans makes a lasting impression.