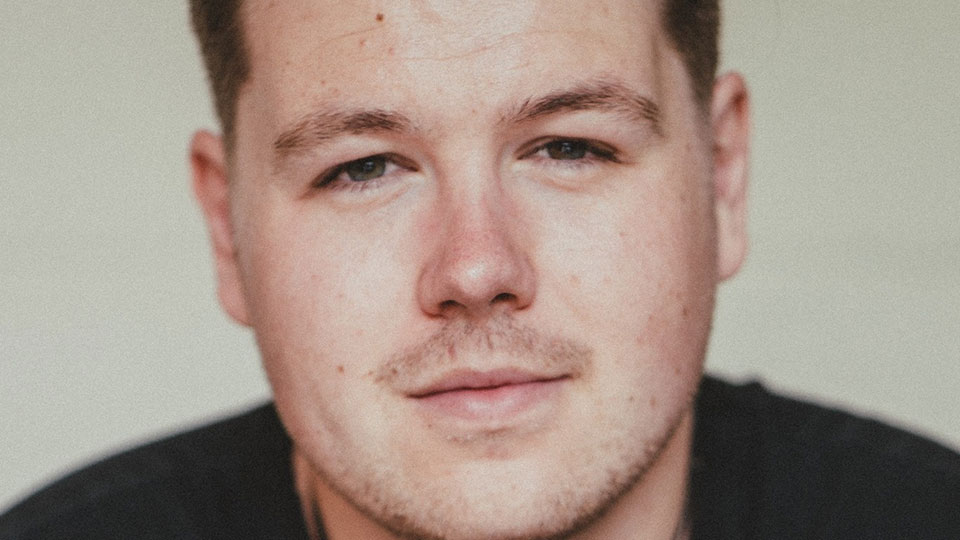 Originally from Norfolk, Jake Morrell has become a fixture of the UK country scene since he was ‘discovered’ by Dermot O’Leary and featured on his Radio 2 show. He’s performed at Glastonbury, C2C: Country to Country and Country Music Week, and has worked with the likes of Brett Shaw, Kipper and Matt Clifford. His latest EP, Home, was released in March, and he was also nominated for Best Male at this year’s British Country Music Association Awards. Currently he’s out on the road with Noble Jacks, but last night he took a break from the tour to open for Lindsay Ell at The Grace in London.

Morrell kicked off the (in his own words) ‘very’ acoustic set with Headed For Heartache. The song’s lively, uptempo melody was a nice balance to the hopeful tone of the lyrics and I liked the slightly folky touch that the acoustic version added. I was also very impressed with his vocals; there’s a touch of gravel and power there that comes through effortlessly, and he hit some impressive long notes that also showed off his soulful side.

Throughout the eight-song performance Morrell kept the audience’s energy up, with tracks such as the toe-tapping, wistful Wire And Thorns and his summery, rocky single Freewheeling, which he encouraged the crowd to sing along to during the chorus. He also came across as very warm and likeable, cracking jokes about technical issues and telling stories about how he got his big break and his approach to songwriting.

One thing which particularly impressed me about Morrell’s performance was his vocal range. As well as the depth and power he showed off throughout the set, there were also some very impressive drawn-out phrases on songs such as the rollicking Long Way Round. It takes serious control to deliver a performance like that, with seemingly effortless switches, and showed a side of him that we perhaps haven’t seen before. I also thought he had some great turns of phrase in his writing, particularly on Englishman (‘my six string was my loaded gun’ being a standout) with its sharp, twangy chords and Shania Twain references.

However, for me the slower songs were the highlight of the set. New track My House, which Morrell wrote about his childhood home, was full of lyrical details and you could feel the warmth and affection coming through as he sang, particularly on the bittersweet bridge which built into a huge chorus. Meanwhile, the moving Half Your Heart, dedicated to Morrell’s parents, had a gorgeous lilting feel and tons of vivid imagery.

Morrell closed his set with Home, the title track of his current EP. For me it summed up everything great about his performance – from lines like ‘feeling like a record stuck on the beat’ to his huge vocals which were by turns raw and smooth and the joyful feel of the song, particularly on the anthemic chorus. The crowd burst into cheers and applause as he finished and after the set there was certainly plenty of buzz in the audience.

Overall Jake Morrell delivered an entertaining performance featuring great musicianship, excellent vocals and smart songwriting. Combine all that with his engaging personality and it’s not hard to see why he’s become one of the most popular UK country acts around. Although he may still be under the radar compared to other artists, he’s definitely one to keep an eye on and well worth catching live if you’ve got the chance.

Advertisement. Scroll to continue reading.
In this article:Jake Morrell