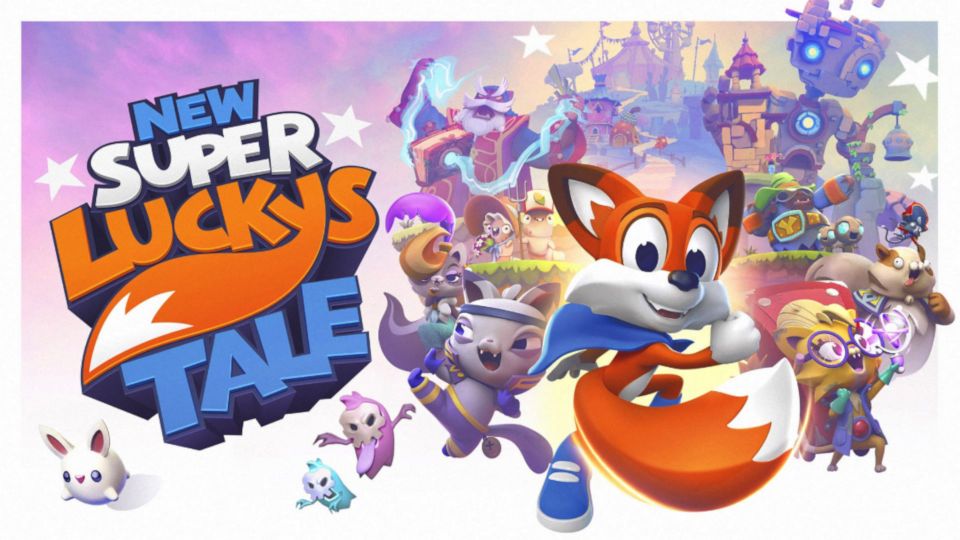 Playful Studios have recently announced that New Super Lucky’s Tale is now available to buy digitally for Nintendo Switch. There will also be a physical release of the game on 13th December including GAME in the UK.

In New Super Lucky’s Tale players will have to run, jump, climb incredible heights, burrow deep underground, overcome enemies, and explore amazing worlds on an epic quest to rescue the Book of Ages from the mysterious Jinx and his nefarious Kitty Litter.

New Super Lucky’s Tale is a love letter to classic 3D platformers with boatloads of collectables to find, secrets to unlock and a full wardrobe at your disposal to clad your character stylish during your adventures.

New Super Lucky’s Tales will include all-new levels, story, cinematics and character dialogue, tighter movement and player controls, a fully rotatable 3D camera, and sweet upgrades to nearly every other aspect of the game, including art and lighting, UI, sound, music, and more.