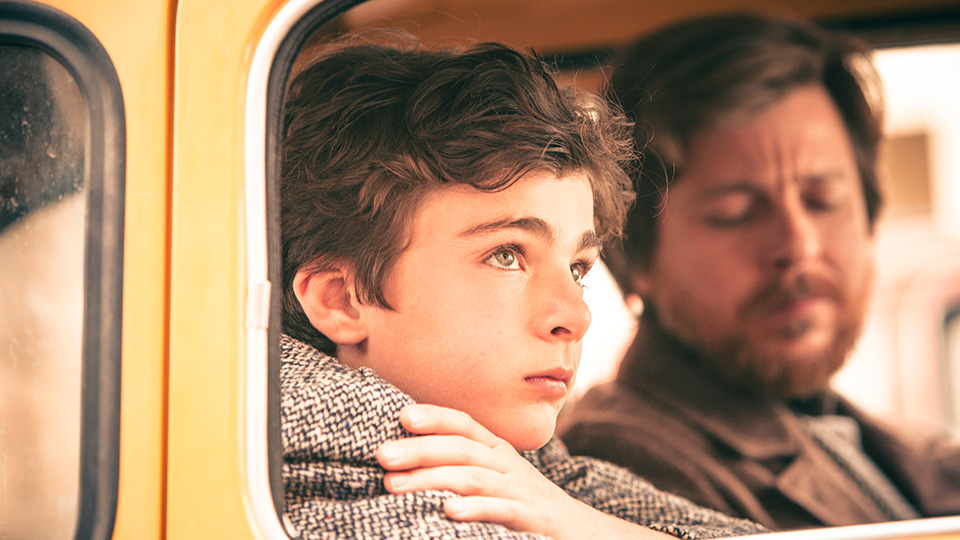 Many of you will be familiar with the long-running (20 years and counting) Italian cop show, Inspector Montalbano. Currently on its thirteenth season, it’s justifiably one of the most loved foreign-language shows on British television. Based on the novels of Andrea Camilleri, it’s like Midsomer Murders, but with better weather and some delicious sea-food.

If you want to avoid all spoilers for Mafia Only Kills in Summer, stop reading this article now.

The reason I mention Montalbano is that both that show and this, Mafia Only Kills in Summer, are set on the beautiful island of Sicily; and both have a gently comedic feel about them. Take Agente Catarella from Montalbano – the bumbling, clumsy clown of a policeman. There’s more than a touch of Manuel from Fawlty Towers about his demeaner. And The Mafia Only Kills In Summer (La mafia uccide solo d’estate in Italian) is not dissimilar in its comedic characterization.

The story itself is quite dark at times. Lorenzo Giammarresi (Claudio Gioè – looking remarkably like Björn Ulvaeus from ABBA) is a regular family man with a boring job; until one day he witnesses a mafia hit on his way to work. Knowing he has information that could convict the killer, he faces a moral dilemma – report what he saw to the authorities and risk the welfare of his family, or keep quiet and virtually guarantee their safety? It’s a predicament could happen to anyone of us – regardless of our situation. Do we do the right thing or take the cowardly route? And that’s part of the story’s charm.

Set in the late 70s, the show is narrated by Lorenzo’s 11-year old son, Salvatore (Edoardo Buscetta). He has problems of his own – a new girl has arrived in school and he’s smitten. But so too are his best mates. It’s beautifully done – the young cast do a fine job of reminding us of what young love/lust feels like.

At its heart, this is a family drama. In addition to the father and love-struck son, we meet supply teacher Mum, Pia, who is trying to secure a permanent job at her new school, but is attracting the attentions of a fellow teacher – one with a convertible Alfa Romeo, no less. What woman could resist?

And then there’s teenage daughter, Angela, who is rebelling against her parents (in particular) and the establishment (in general). Finally, we have Pia’s protective brother, Massimo. Another hilarious character who feels his sister has married beneath her and reminds her of the fact at every opportunity.

This series is based on a 2013 film of the same name, which apparently was partly based on true events. The TV series has moved a long way from reality, it must be said. But it’s nevertheless hugely entertaining ride.

Expect lots of moral questions, plenty of 70s nostalgia (the cars, the fashion, the décor) and a generous portion of shouting Italians. This is a fabulously fun (and yet dark) drama.

Walter Presents: Mafia Only Kills in Summer launches on Channel 4 on 10th November. The full boxset will be available immediately afterwards via Walter Presents on All 4.

Advertisement. Scroll to continue reading.
In this article:Channel 4, Mafia Only Kills in Summer, Walter Presents