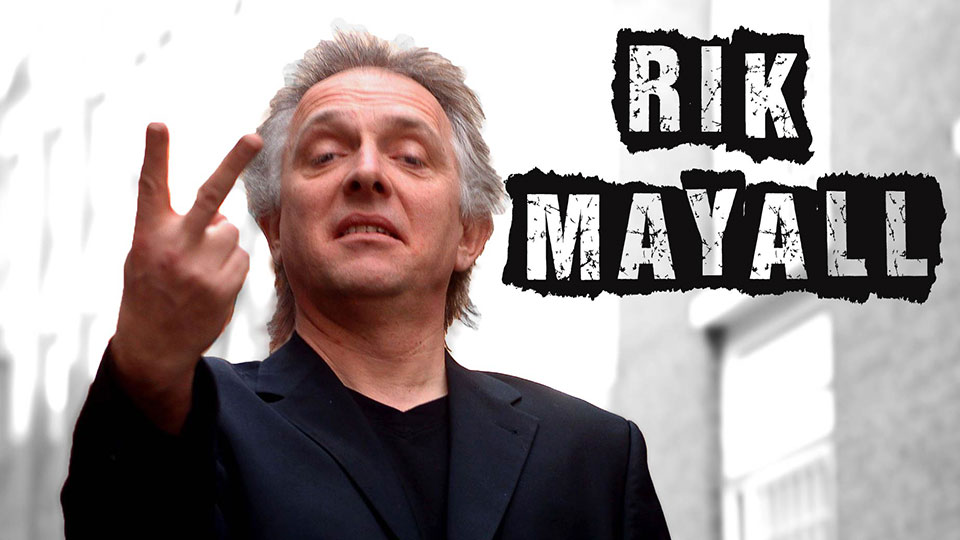 Rik Mayall: Comedy Genius by Mark Searby will be released on 24th January 2020.

Rik Mayall: Comedy Genius is a deep dive into everything from Mayall’s most notable work to his lesser-known, yet equally as fascinating moments.

With a career born from frustrations, opinions and political strains of the working class in the 1980s, Mayall and a motley crew of young fresh talent led the uprising of alternative comedy. Taking a lead from Punk music, they took no prisoners. It was politically incorrect, anarchic and stuck two fingers up to the establishment and furthermore it stood for something. In its new form, Mayall and his compadres had made comedy in to a vessel to speak freely and represent the feelings of a fresh, passionate and raw new generation, something that has since been remixed and reworked over the following three decades. As Mayall evolved over the years, his acting, his intellect, his manic, intriguing character and his genius became a thing of interest, inspiration and celebration.

The book is split into 13 chapters of insight, exclusive interviews and accounts mixed with comedy, anecdotes and anarchy.

Mark Searby is a film critic and broadcaster. He is the resident film critic on BBC Radio’s Northampton and Suffolk in the UK and has written for numerous media outlets including: Heat Magazine, MTV and New Empress Magazine. Mark has written and presented video retrospectives on movies such as The Three Faces of Eve, Scarecrow and The Burbs. He is also a seasoned interviewer and has conversed with film industry figures such as Mark Millar, Ben Wheatley, Michel Gondry and many more. His previous book Al Pacino: The Movies Behind The Man delved into the iconic actor’s filmography.

Advertisement. Scroll to continue reading.
In this article:Rik Mayall