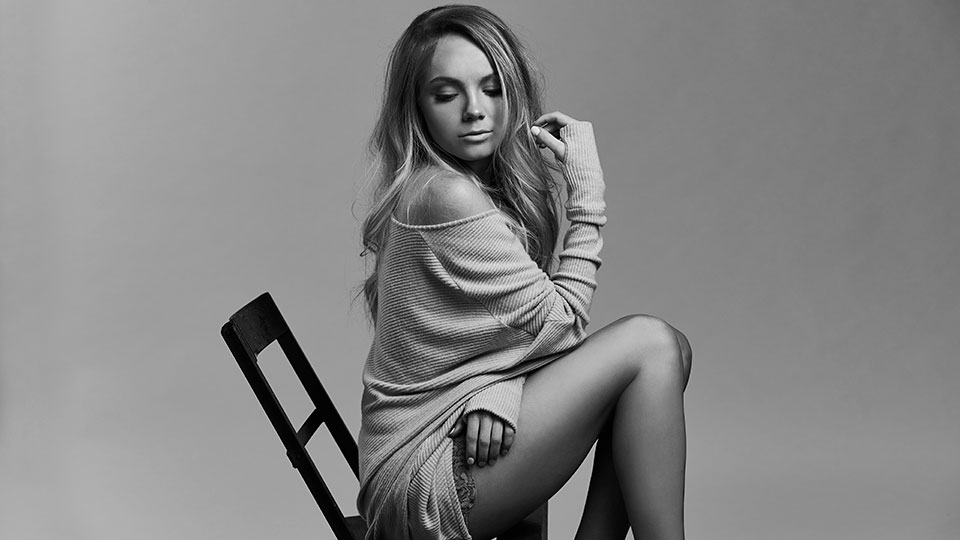 Danielle Bradbery only made her first trip to the UK in 2018 for C2C: Country to Country and since then she’s not been able to keep away.

Her most recent trip saw her join the Introducing Nashville tour alongside Rachel Wammack, Travis Denning and Walker Hayes. The final night of the tour served as the launch of C2C 2020 and the kick-off for Country Music Week.

Before the London show I sat down with Danielle to talk about how the tour was going, discuss her song on the new Charlie’s Angels soundtrack and find out if we were going to be seeing a headline tour in 2020.

How has the Introducing Nashville tour been for you?

It’s been really amazing. It’s been really cool to represent country music in Nashville, Tennessee to the UK and Europe. Every night has been a success and everybody has loved every one of our stories. The setup with all four of us – we’re all each a little bit different in our music so it gives everybody something different every night.

You must be getting used to the UK now so what do you look forward to about coming back?

Well, of course, performing and the fans are amazing. We all have talked about that multiple times. A little thing I love over here is just all the coffee. I love all the coffee shops (laugh).

Not tea? This is outrageous (laughs).

I do love tea but the coffee is is one step higher than back home. It is really good here (laugh).

Any favourite coffees that you’ve been enjoying?

I always have cappuccinos. I don’t know why but they’re just my go to when I come here. They’ve been really good (laughs).

We last spoke in the summer and you were starting to think about your next album. What’s the update on your progress?

It’s currently happening. When I go back home from this trip I will be in the studio recording new songs and trying to hone in on the next record and get it all right. Currently I have a song with the new Charlie’s Angels movie that will be out November 1st so there’s a lot of newness coming up, which I’m really excited to announce.

I noticed that you’re on the Charlie’s Angels soundtrack. What kind can we expect from the track?

It’s very pop and a very powerful ballad. It’s not too slow. It’s a woman empowerment, ‘I’m never going to back down’ type of song. It is pop. There’s no Country thing about it except for me (laughs). It’s been an honour to be up with all of those powerful women. It’s all women on the soundtrack, co-produced by Ariana Grande. This is my first time with a movie, which I’m pinching myself (about).

Is this track indicative of the new music you’re working on or is it just a one-off where you’re doing something different?

It’s definitely a one off. It’s way different than anything I’ve ever put out. It challenges me vocally. I think it’s one of the most powerful songs I’ve had to sing. It was very tough in the studio, I will be honest. It took a minute, but it challenged me and it was an amazing experience. I can’t wait for anybody to hear it. I’ll definitely take a little bit of what I learned through that song in my next record, for sure.

Every time we speak I always tell you how I think you could sing anything and make it sound good, and look easy. I can only imagine what this song is going to be like if it was vocally challenging for you…

(laughs) I know! It was a song I didn’t write. It was an outside song they presented to me. The songwriter that was singing on the song, she had a huge voice and it kind of reminded me of Sia and a little bit of the Miley Cyrus raspyness. I mean she was just going off on this song and I’m like, ‘wow, I want to do it like her’ and so that’s exactly what I did. I kept listening to her voice in my ear when I was recording it and then I’d go back and try to do it. It was definitely a challenge but it was a very fun song to record.

I’d be very surprised if you didn’t nail it, let’s be honest!

From the Introducing Nashville line-up, you’ve been to the UK the most times. Have you been able to share your advice and experiences with the other artists?

Yeah. It’s been fun to hang out with all of them and and see and hear their stories because before this, I will be honest, we haven’t spent much time together. Being on tour and being around each other all the time, it’s been really fun. I think we teach each other something, not just one person. They have fans here and everywhere we’ve been, and it’s been really cool to see that, too. I think we’ve all found our spots everywhere we’ve performed. It’s been cool.

Has it made you want to collaborate with each other on material in the future?

Yeah. Definitely songwriting with them back home. All the stories and listening to their songs, and the passion that they have in it, makes me want to write songs with them and see what we can get. That’s very inspiring. That’s something that I didn’t know before, that I know now and want to definitely take on.

As we’re coming up to the festive season, what’s your favourite Christmas song?

Oh, I love. O Holy Night. That’s my all-time favourite Christmas song. I love singing it. Hopefully I can put something out eventually. I would love to do a Christmas record. O Holy Night is my favourite.

I would love you to do a Christmas record. It would be amazing, wouldn’t it?

I will one day for sure! (laughs).

You can battle Mariah Carey to be the Queen of Christmas…

Oh, my gosh. That would be unbelievable (laughs).

You’ve been over a few times now supporting other artists or playing festivals. Will 2020 be the year that you come back for a headline tour?

I’ve gotten that a lot and it’s cool to hear that everybody wants that. I definitely think we’ll plan something. I don’t know when and what time and all of that, but I definitely will go back and talk to my team and we’ll figure something out.

Oh yeah! For sure! (laughs) That would be awesome.

Danielle Bradbery’s latest album I Don’t Believe We’ve Met is out now. Watch the video for Goodbye Summer with Thomas Rhett below: