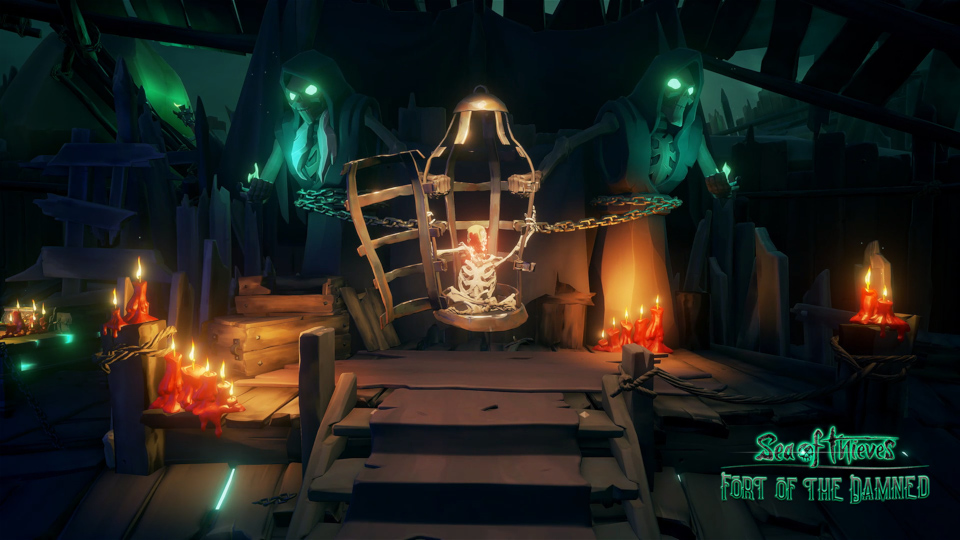 Halloween is almost upon us and that means lots of spooky content being released for many of our favourite games. Sea of Thieves is joining in the Halloween fun with the free Fort of the Damned update. Fort of the Damned encourages you to seek out this fearsome fortress and take on our most exciting Skeleton Fort challenge yet to earn huge rewards including a guaranteed Chest of Legends.

Fort of the Damned is the biggest update to Sea of Thieves’ popular Skeleton Fort feature since launch, offering players action-packed new challenges and massive rewards. The new Fort can be activated on-demand as long as the in-game requirements are met (find Ritual Skulls and claim the Flames of Fate), allowing players to take on this new challenge as often as they want. It’s a permanent new addition to the game that will remain available beyond October’s update.

Check out the Fort of the Damned update video below:

Other features of the update include the introduction of skeleton pets in the Pirate Emporium, the chance to compete as a two-person Sloop crew in the arena and the addition of banjos for when you want to jam out your favourite sea shanties.

As if that wasn’t enough, there’s even more!

The Fort of the Damned update is available now, check out the official Sea of Thieves website for more information.

In this article:Microsoft, PC, Rare, sea of thieves, Xbox One